Where: Scotts Arms, Kingston. The pub had a Jamaican BBQ going in the garden. Many guests came straight from having spent the day together on the beach in Studland.

John and Martin met 18 years ago in London and, after a surprise proposal (which received a rapturous applause from onlookers in the beach bar) from John on their favourite beach in Naxos, Greece, they decided on a wedding that wouldn't last just a day, but for four whole days. This is their story...

We were having cocktails and at the moment the sun dipped behind the horizon I proposed to Martin on the edge of the sea. People in local beach bar applauded and took photos.

We decided to hold a four-day event with a dinner at a restaurant overlooking Poole harbour on the Thursday for 9 people; and a pub dinner for 90 on top of the hill overlooking Corfe Castle on the Friday, the wedding on the Saturday, and a barbecue on the Sunday for just over 100 guests at our house.
We booked Kingston Country Courtyard for our wedding, primarily because it was the largest venue we could find in the area, and when we visited it, we were thrilled by how flexible they were. It was also five minutes from our cottage. They let us put up a marquee and gave us access to the venue for the week prior to the event.
We set the barn up for the ceremony on the Wednesday, the marquee went up on the Thursday, and on Friday, the flowers were assembled, stationery delivered, welcome notes dropped off in guest rooms, and puddings delivered to the freezers. Many of our guests stayed at the venue overnight, so they helped make the finishing touches on Saturday morning. 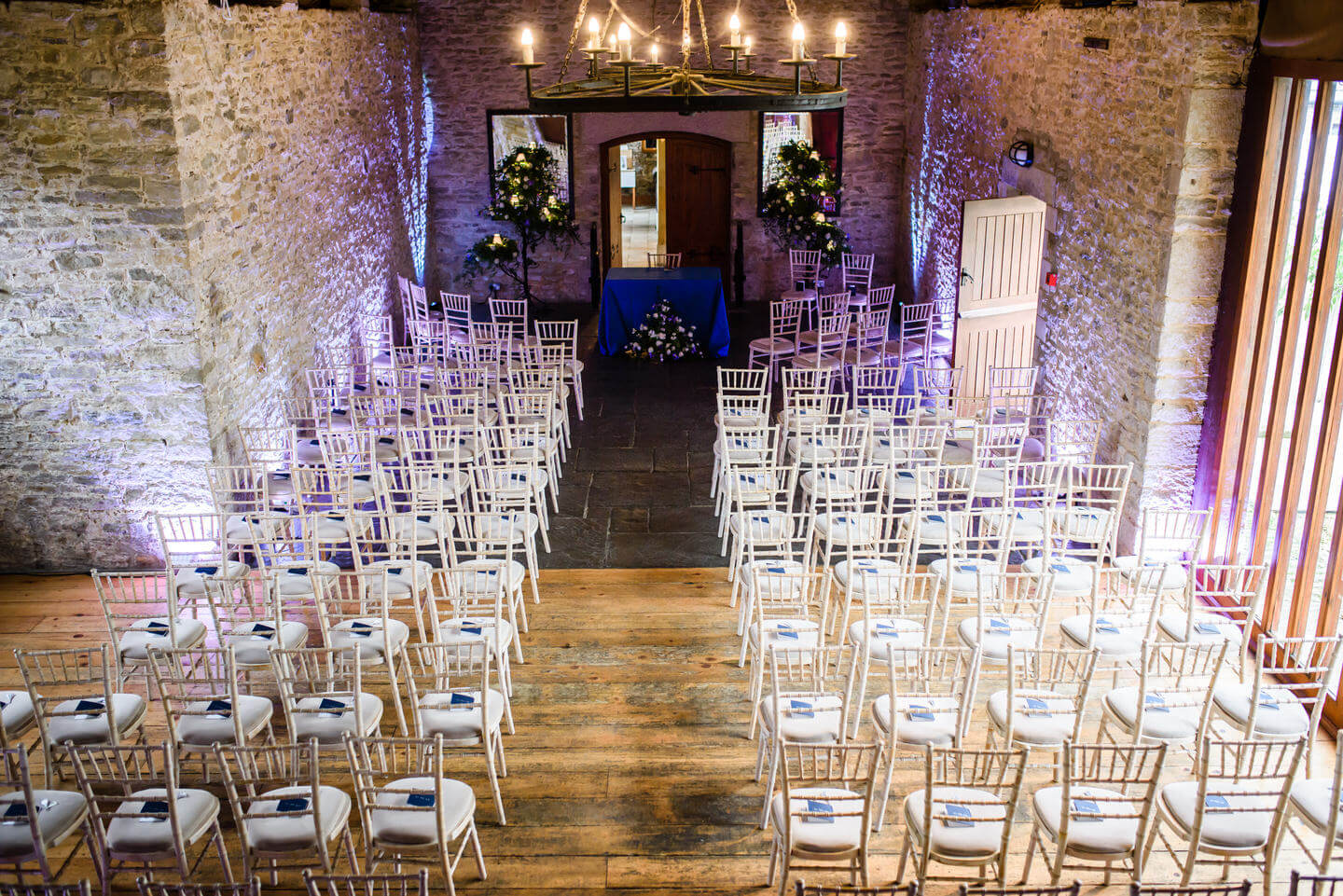 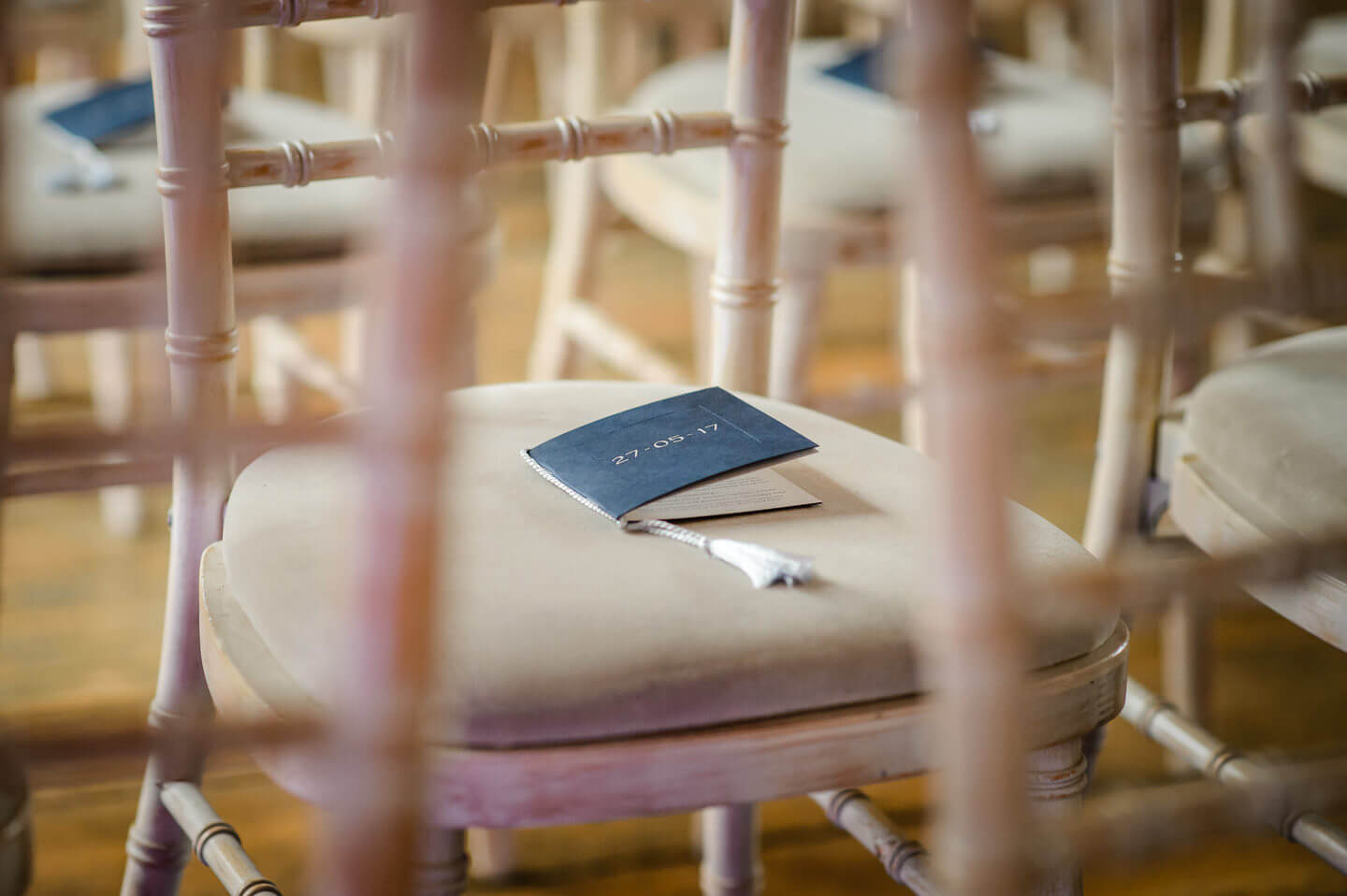 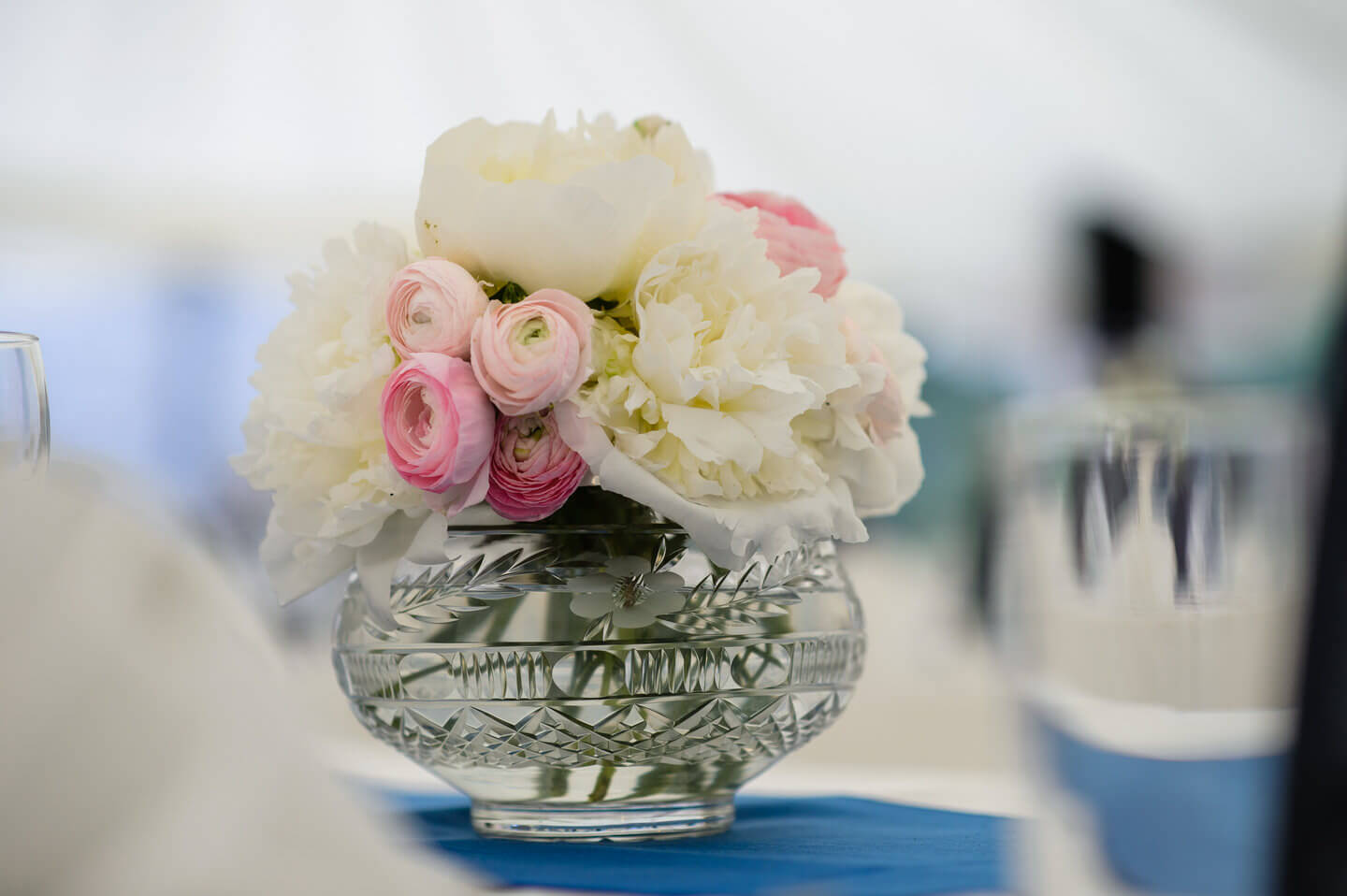 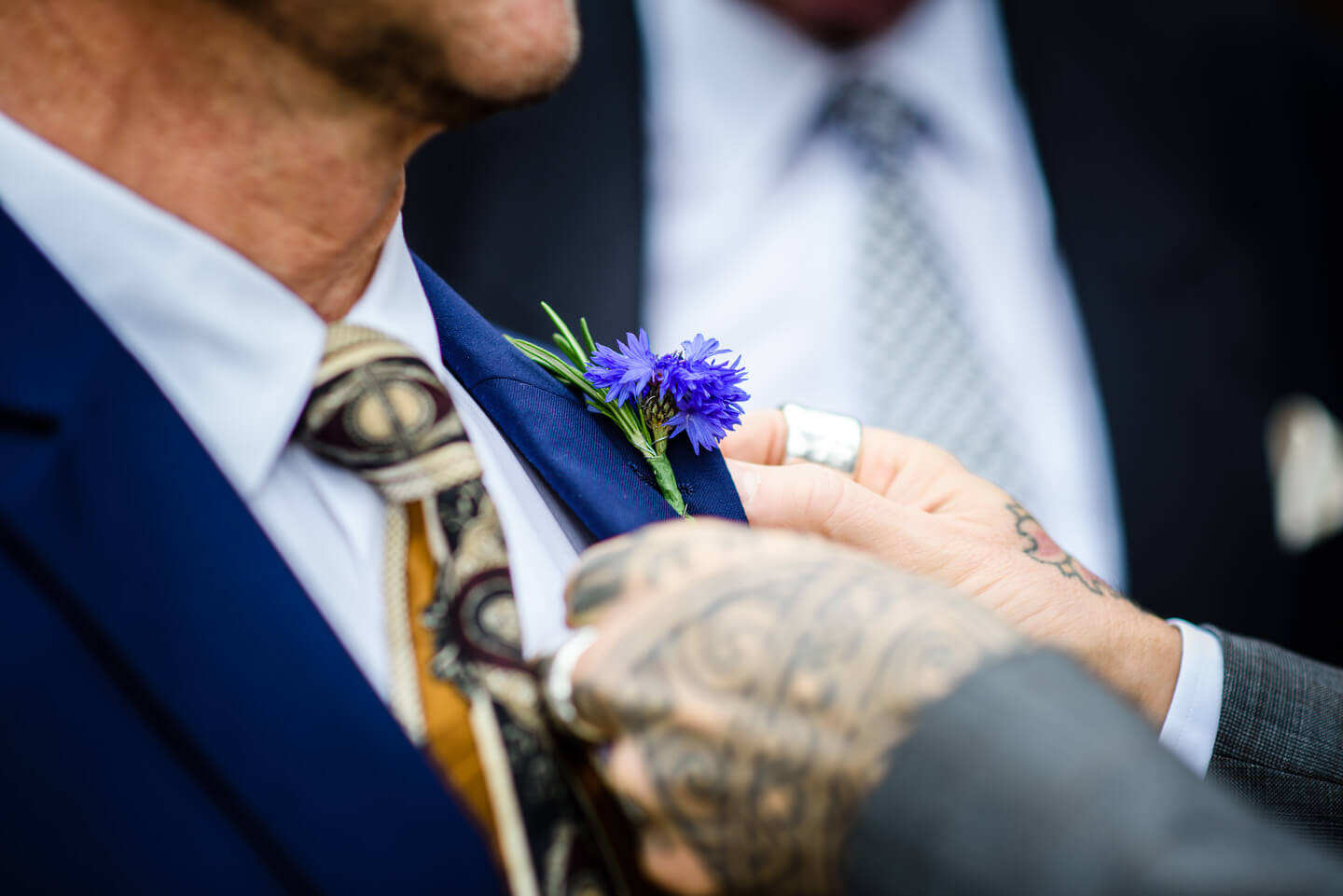 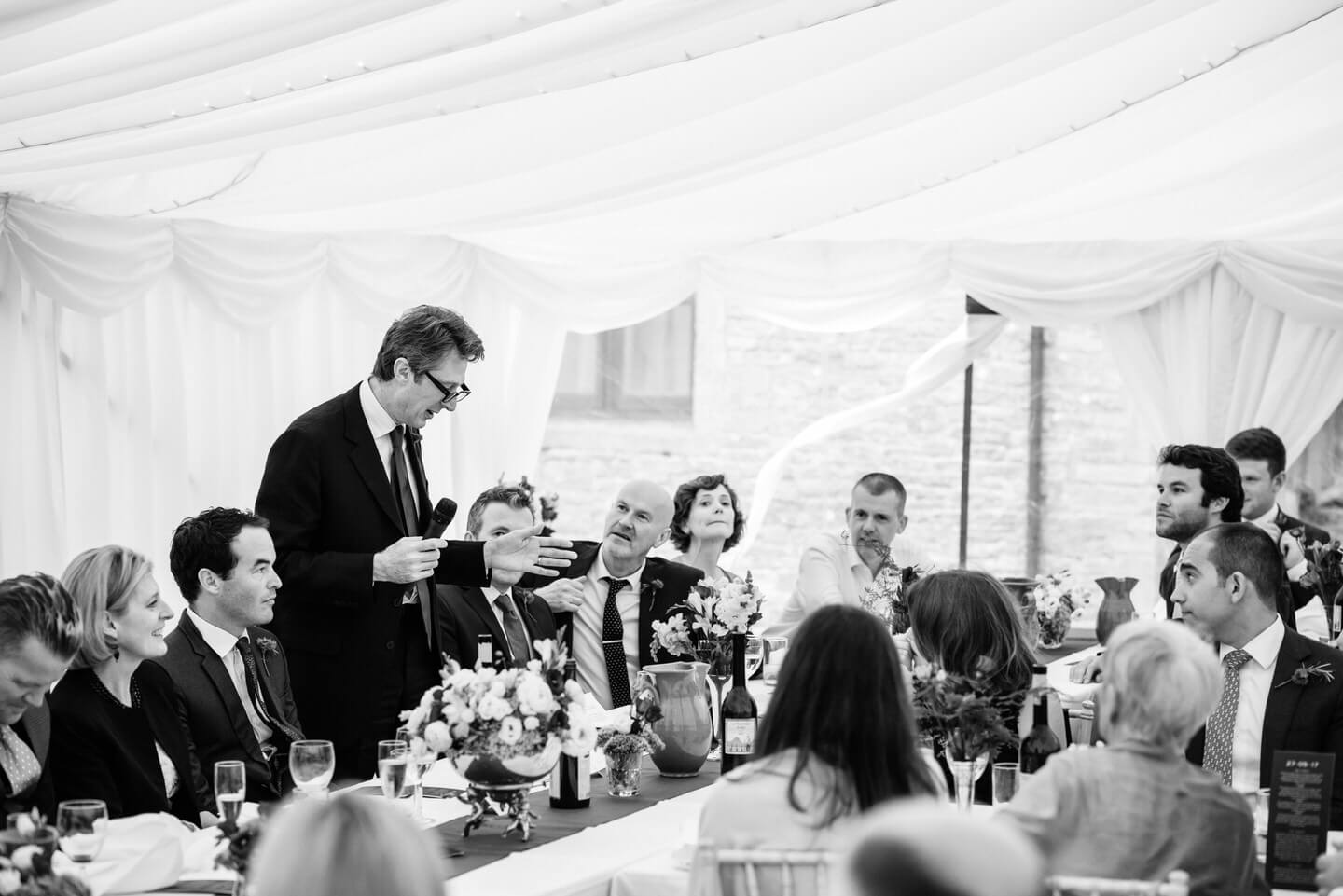 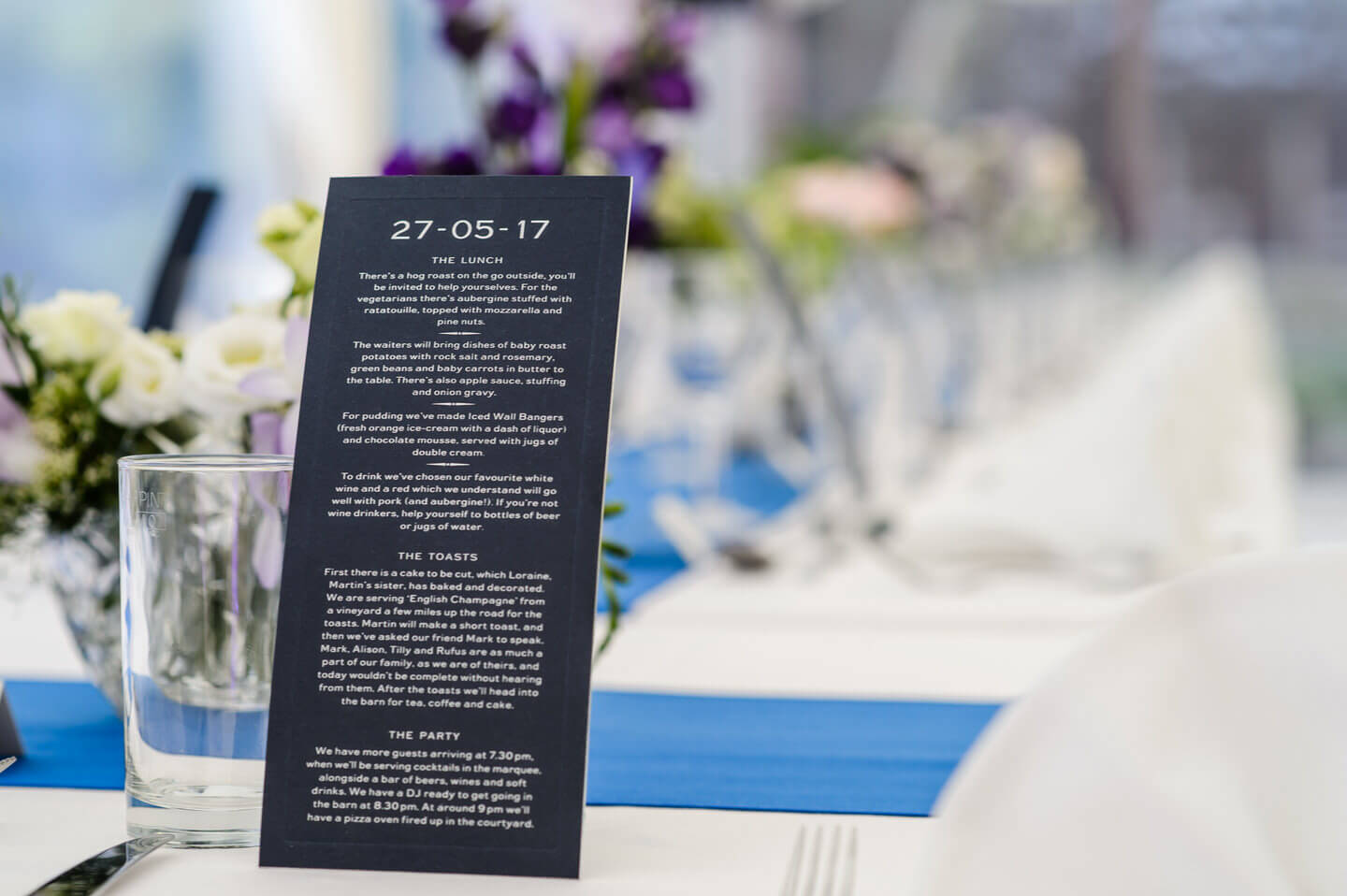 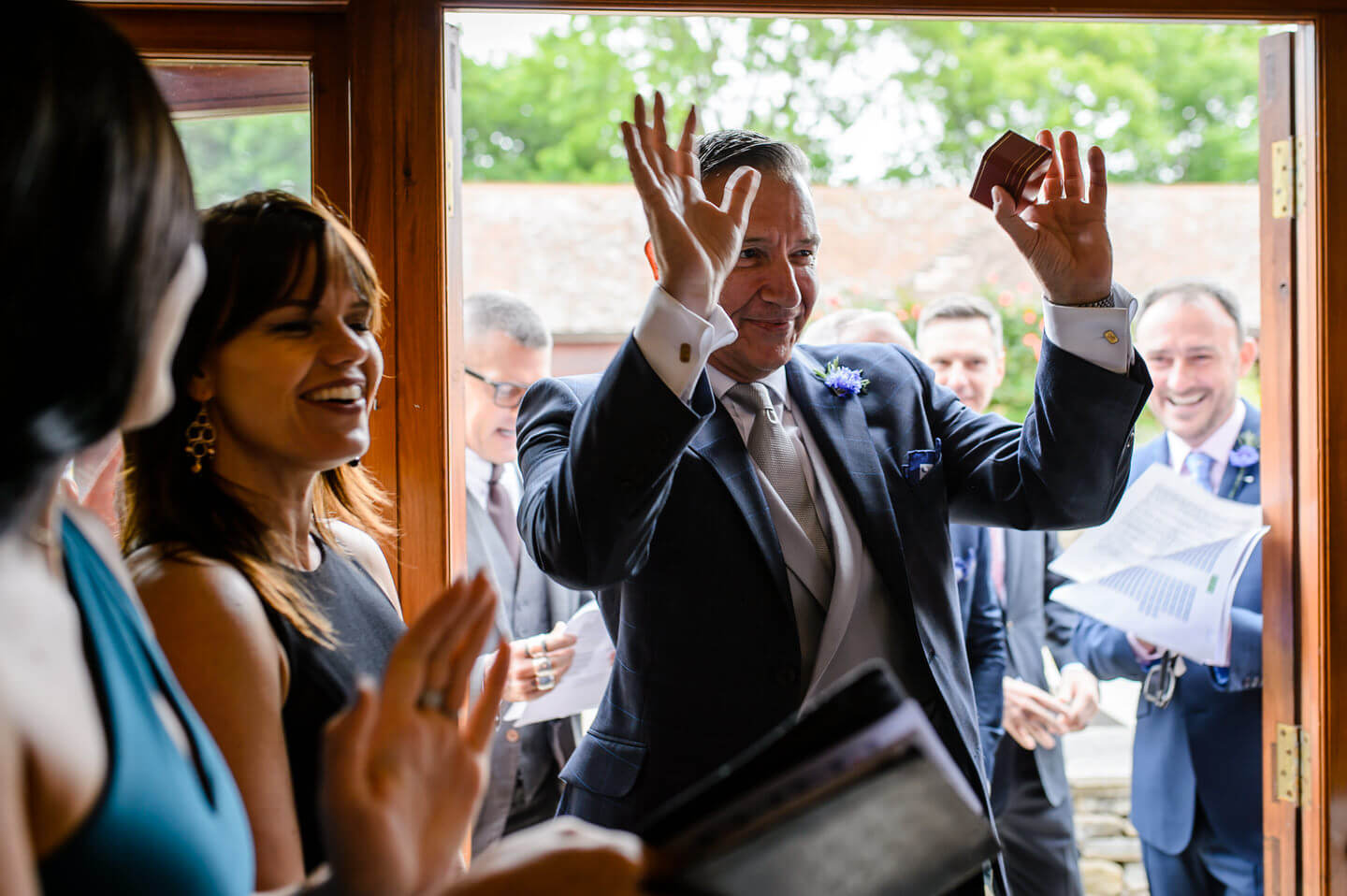 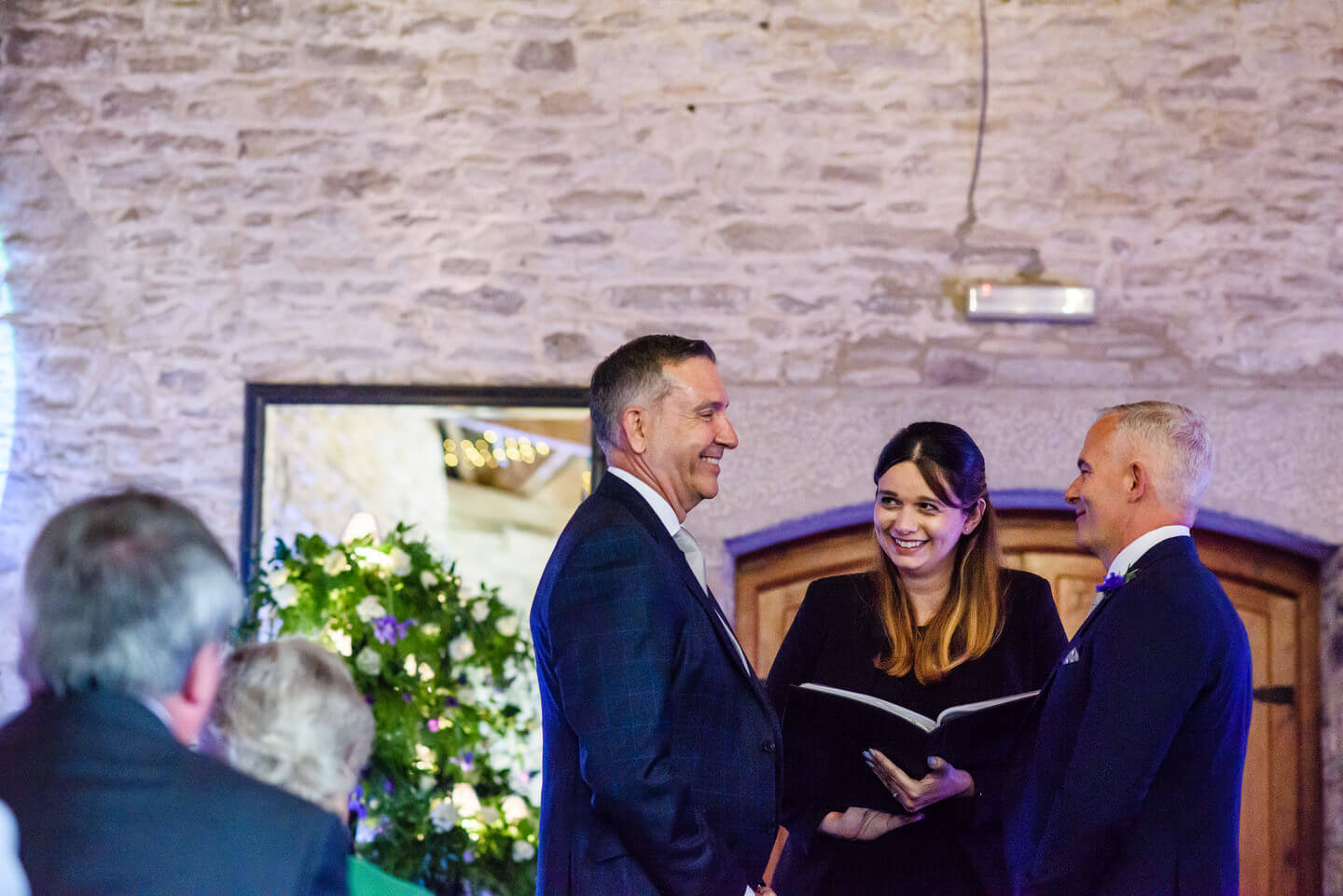 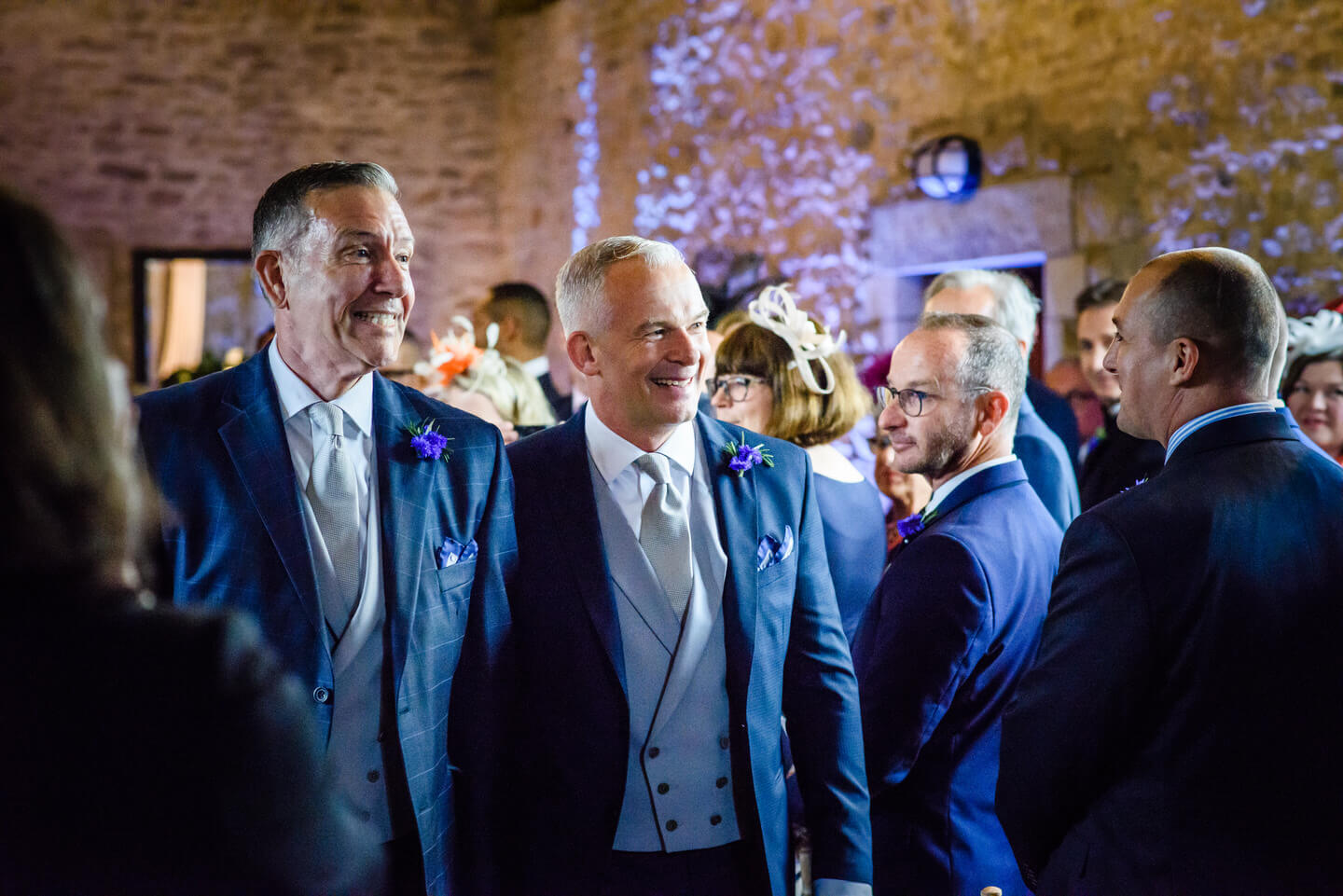 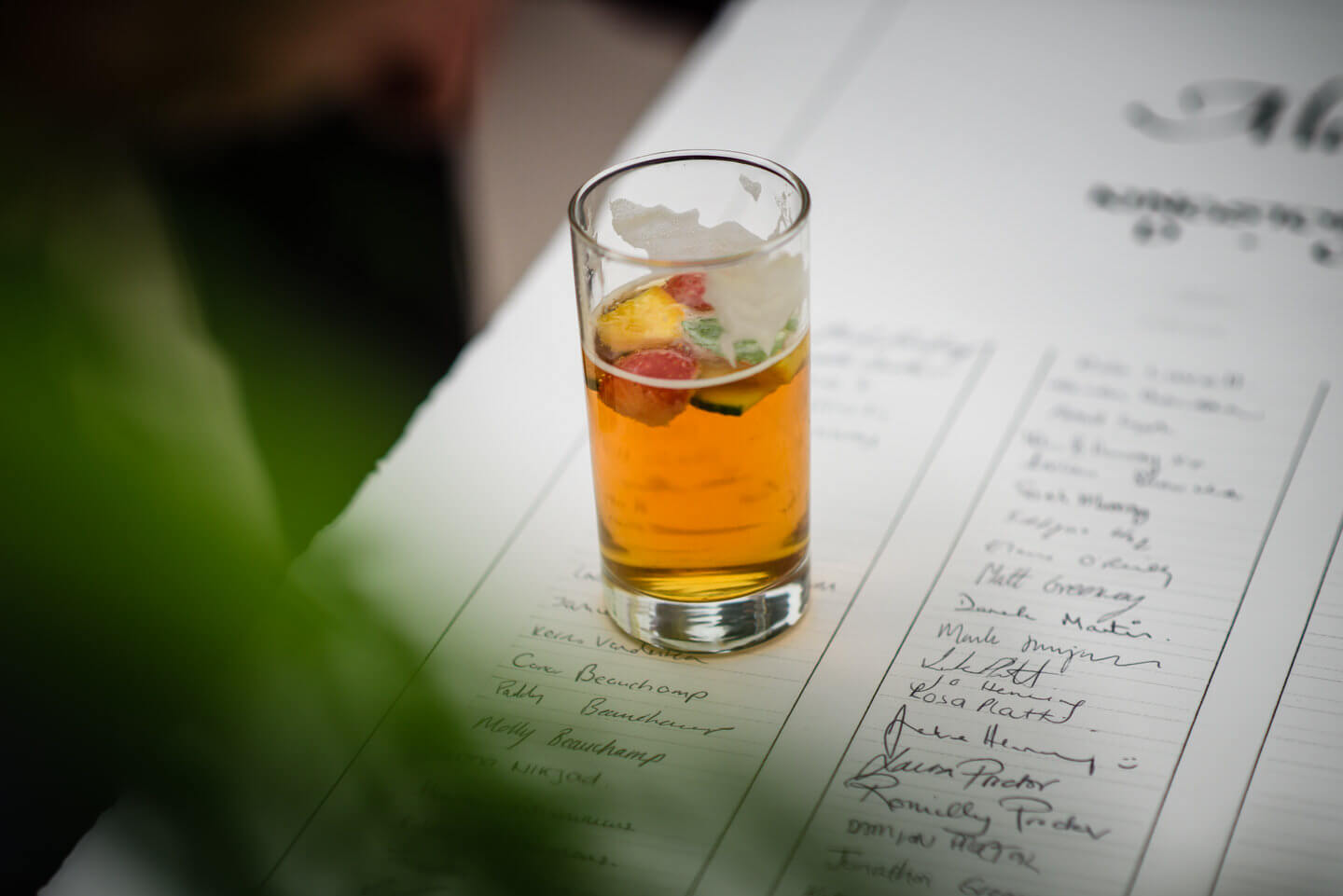 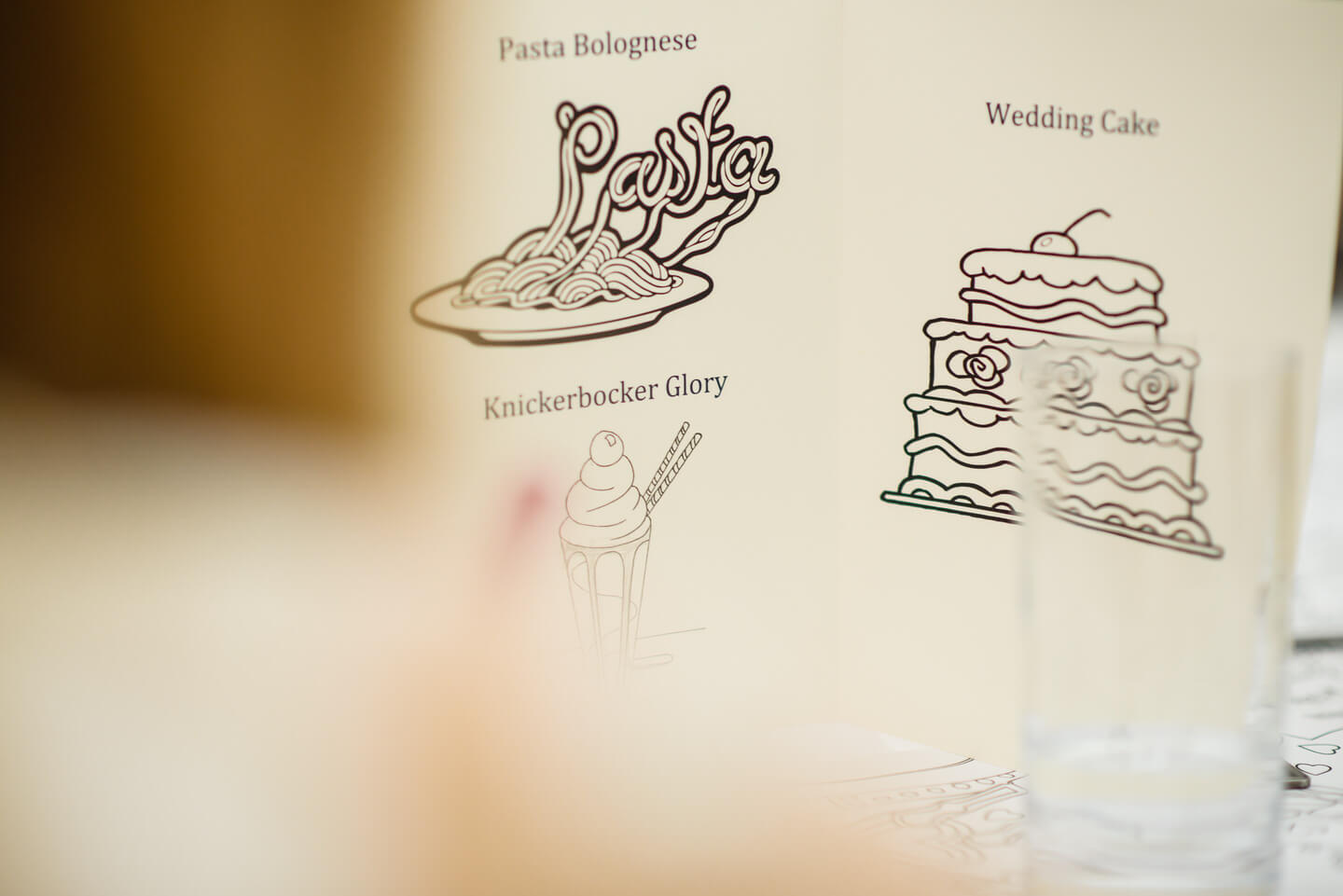 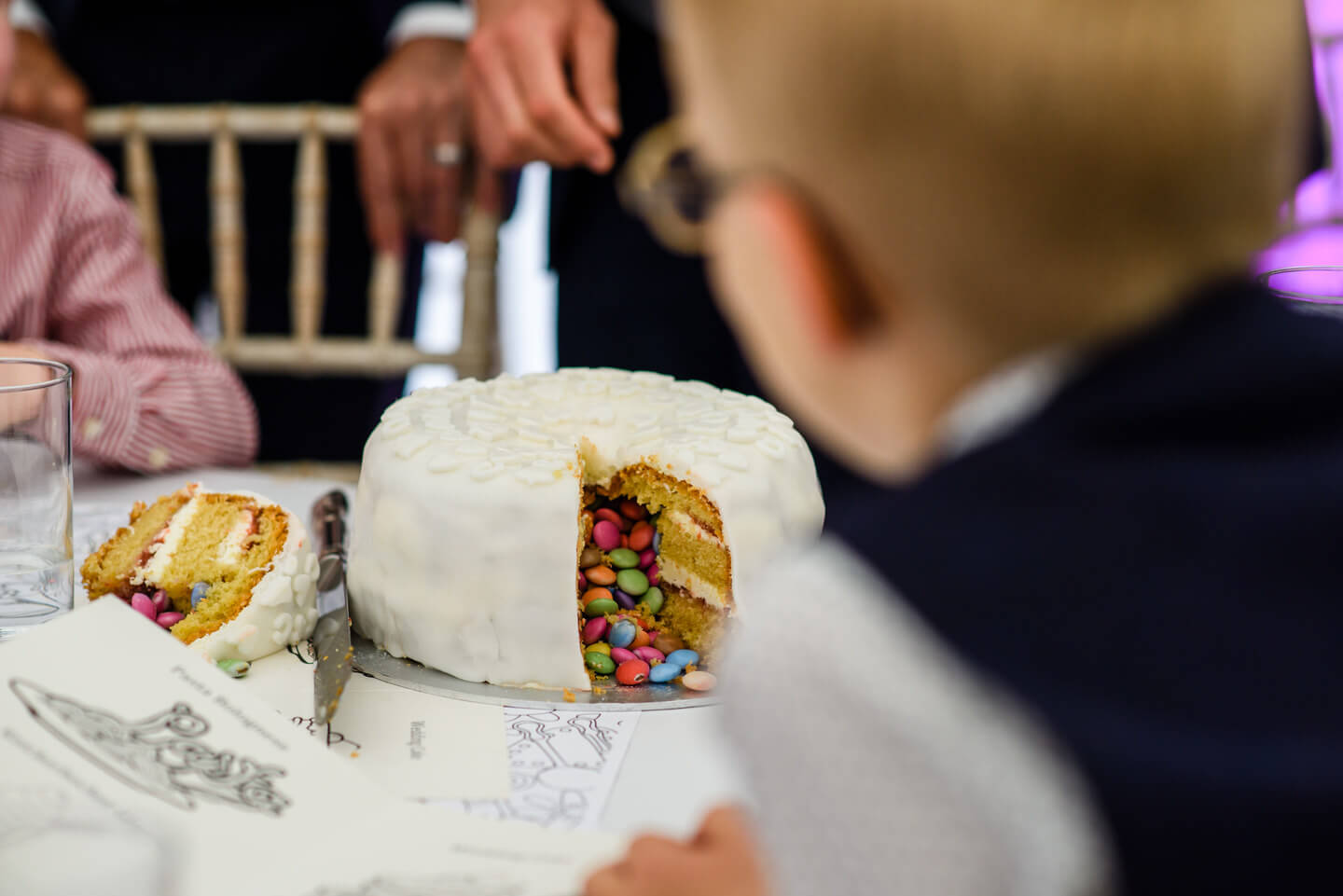 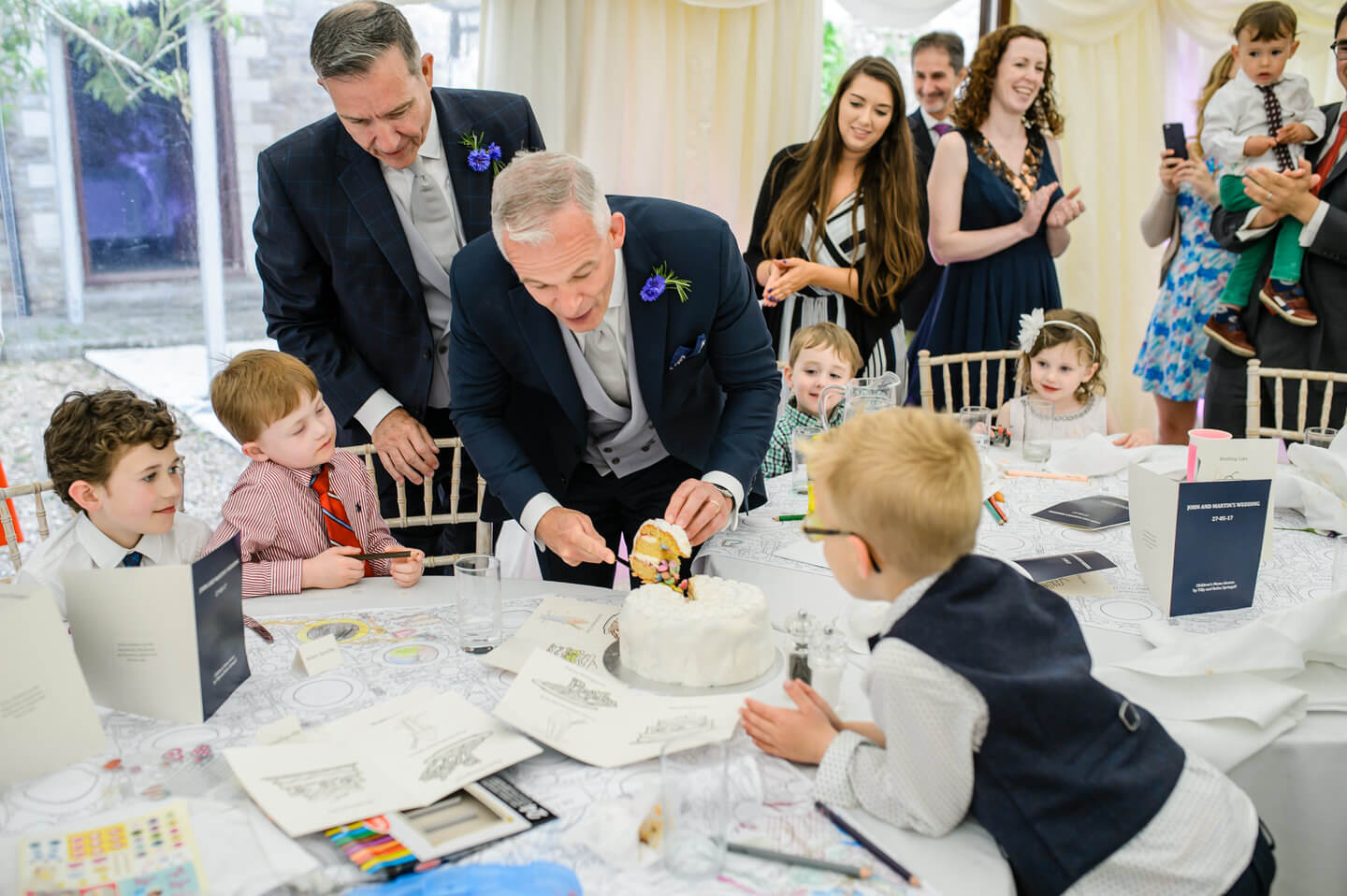 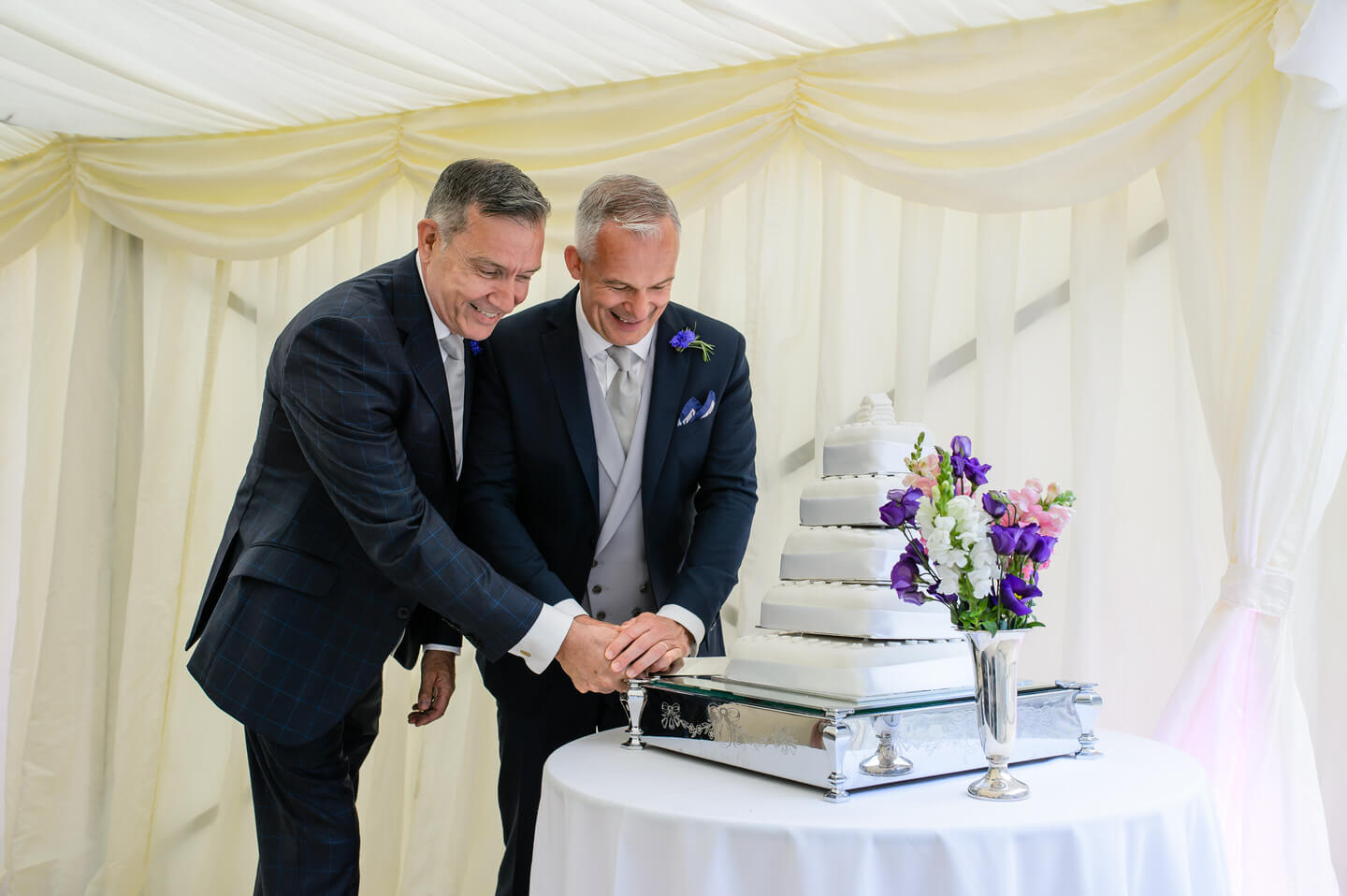 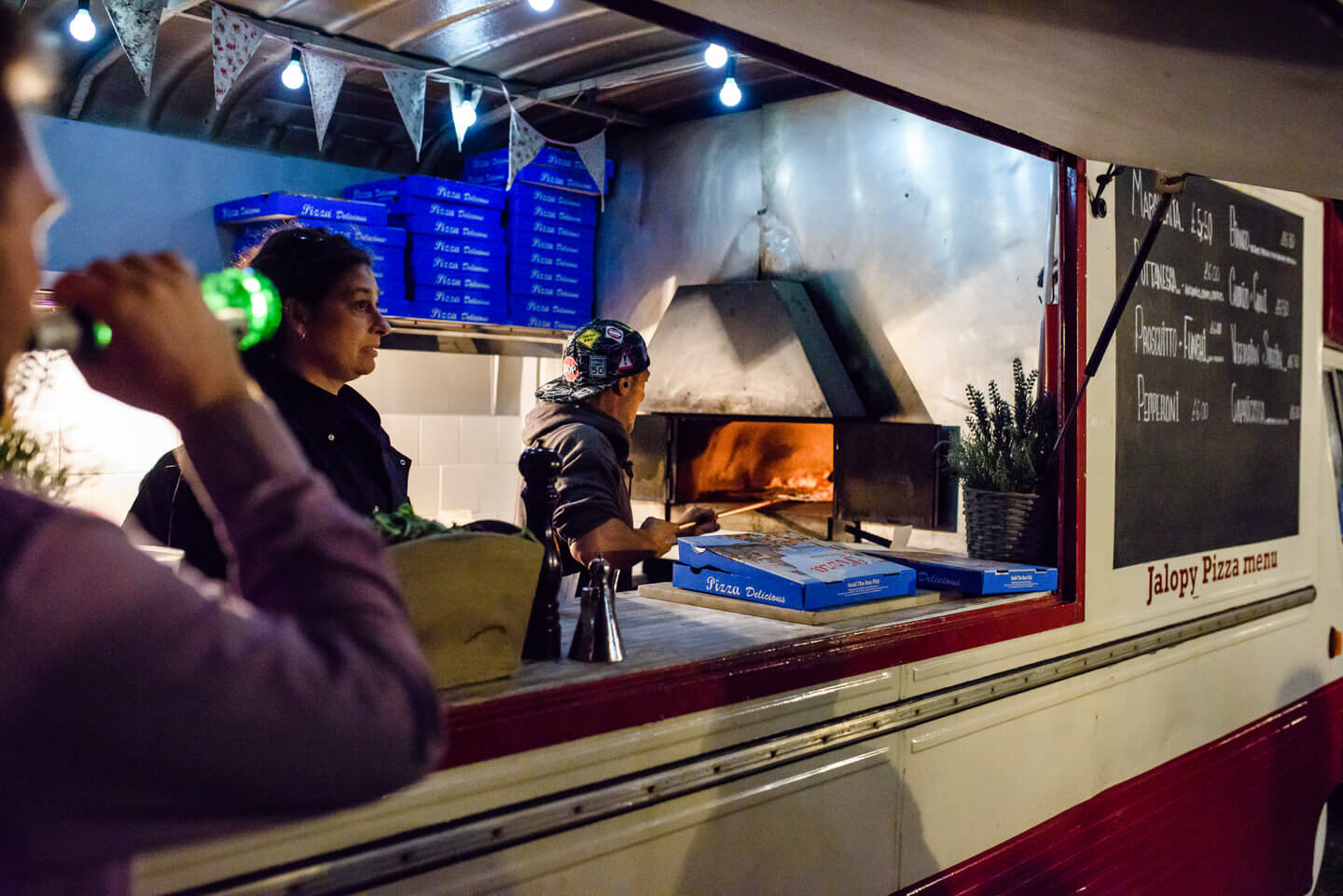 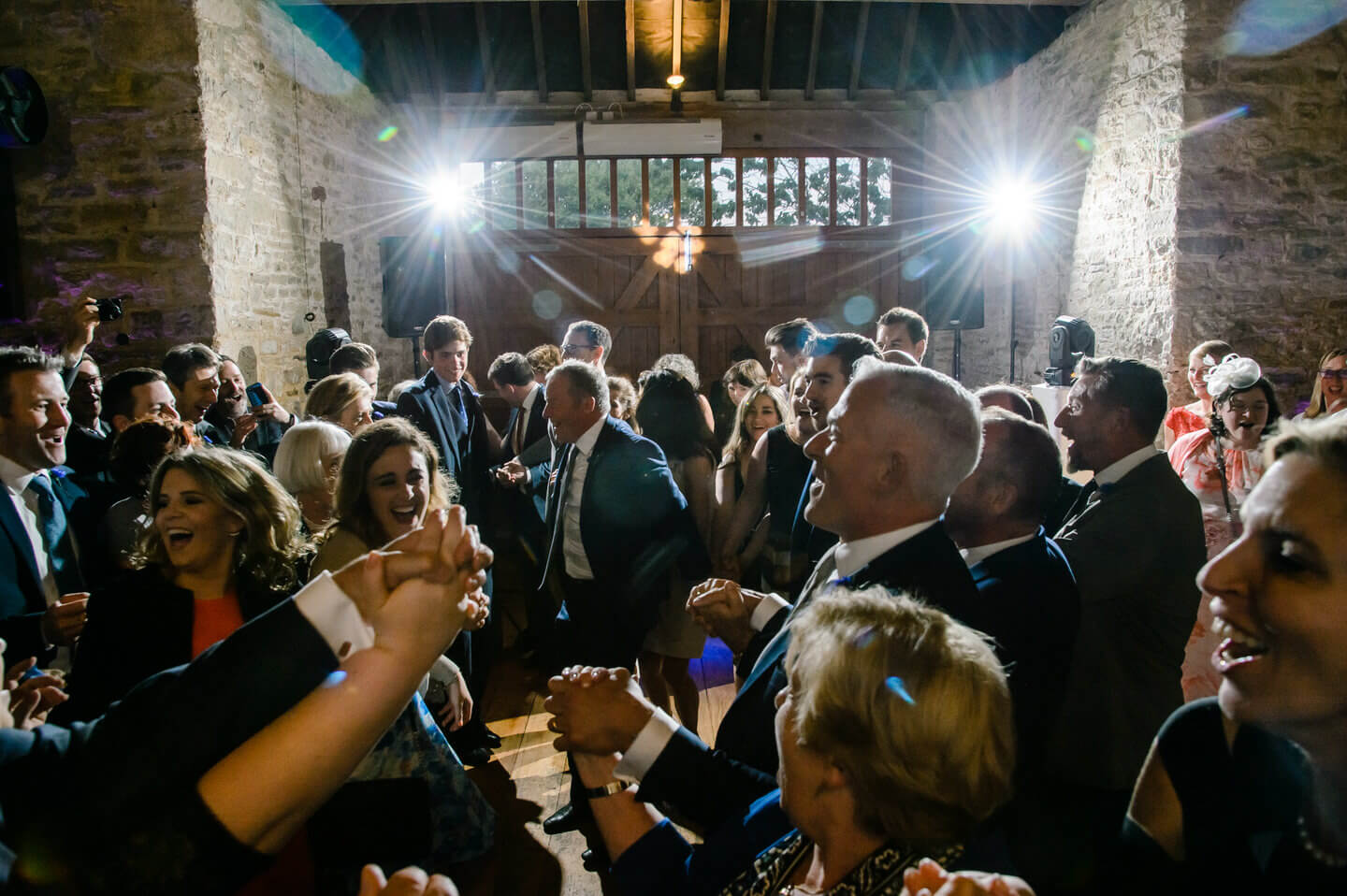