Who: Lee and Simon

Photographer: Kirsty, This and That Photography (IG)

After being set-up via friends, Lee and Simon found they had plenty in common; within three years, they were living together and at Christmas 2017, they got engaged following one of the most romantic proposals we've ever had the privilege to share.

Just under two years later they married at a hotel just outside Basingstoke before celebrating their reception at the beautiful Bombay Sapphire Distillery.

This is their love story, relayed to us by Lee...

Love is Love, no matter what your gender or sexuality and everyone deserves to find that special someone.

We wanted to get married as we truly do see ourselves together for the rest of our lives. We are partners in crime, best friends and will always be their support for each other.

There are people in the world who cannot legally get married to the one they love and the more people that decide to share their storyit helps make Gay Marriage a new normal and not a thing'.
How We Met
We were set-up by my friend Zoe (who was lodging with me at the time) and her best friend Kirsty. It started off with Kirsty sending over a photo to Simon via WhatsApp and her simply saying I think you should go out for a drink with Zoe's friend That evening he sent me a text to say hey and we started chatting.

A pub date followed and it just snowballed from there; in July this year we celebrated five years of being together!

It was Boxing Day 2017 and we were having drinks with two of our friends - Kerry and Zoe - who had stayed with us over.

The plan was to wake up, have a nice breakfast and go for a woodland walk (Zoe's choice, not mine!). So, I got up and started preparing breakfast, but then Simon came down and said we'll do our walk first, babe, and do breakfast later.'

I was slightly annoyed as I was all psyched about making a really nice Boxing Day breakfast but agreed to leave it to walk instead.

We began the walk to the wood; Zoe was taking photos every second of anything (she lives for the 'Gram!) and within five minutes, Zoe trilled, 'Can we go to that bit, as I want to take a group photo of us'. I replied, no, explaining that it was too muddy and that people were coming that way.

But eventually, they managed to coax me and as I started to get closer I noticed that those people' I was moaning about were actually all of my close family and friends! Simon's family was there also, and I was seriously wondering what on earth was going on!

I could see all our little nieces and nephews had scrolls in their hand and they started to come up to me one by one. Each scroll started with something like 'Simon loves you because,'

One by one they came up to me and read out their scrolls, which was just so cute, and then Simon got down on one knee and proposed. I cried. He cried. The family joined in as well!

I was in total shock as I was not expecting it for years, but along with our wedding day, it was one of the best days of my life.

After that is was back to the parents' house for a glass of champagne and breakfast.

We had 115 guests for the ceremony and wedding breakfast and another 65 invites to the evening so there were around 180 guests in total.

Our ceremony was held at Oakley Hall Hotel just outside of Basingstoke, which is local to us and was very close to our dream wedding reception venue: the Bombay Sapphire Distillery; and we walked down the aisle to Amy Winehouse's To Know Him is to Love Him.

We just wanted a quick 'I DO' to keep things simple, and hired a double decker bus to take our guests the 10 minute drive up the road to the Distillery.

The Distillery is beautiful: it has a tropical greenhouse, a stream running through it and a great industrial vibe! We also love Bombay Sapphire Gin, so that helped us make the decision?

Usually the Distillery is open to the public during the day and only available for private hire in the evening, but I reached out directly to them and managed to negotiate an exclusive use hire for the whole day!

We bucked a lot of traditions. We didn't have any wedding readings during our ceremony, we didn't really have a wedding colour theme (the reception venue we just had in crisp white, the suits and gowns of our nine (yes, nine!) groomsmaids were blush-pink and mix-match suits in navy and their bouquets doubled as table centrepieces), we had no wedding cake or favours, no first dance, and instead of champagne for welcome drinks, we had a choice of two cocktails - Rosy Rain or Classic Laverstoke. The cocktails were just amazing, and we knew the guests would love them.

After the welcome drinks, we had our three-course wedding breakfast, interspersed between each course with speeches as we didn't want our guests to have to sit for an hour listening to them in one fell swoop.

For the evening food we wanted something that would fill our guests up and get them ready to party the night away, so we arranged for a local company called The Travelling Gluttonto serve hot food.

There were so many photo opportunities; the Distillery's site is simply stunning and we split various parts of the day into different pockets of the site instead of staying in just one room.

We had a live acoustic singer perform on the terrace by the stream where our guests could also mingle and have a drink in the sun before the evening; and we had a four-piece Motown bank in the evening, who were absolutely brilliant.

The day was everything we hope for and I truly believe our guests had the best time! The staff, and our planner, Melody, were amazing. I would 100% recommend The Distillery to other couples as a venue, and Oakley Hall is also the perfect place to hold your ceremony.

Forget about the guests and your family just do exactly what you want!
Have a spreadsheet and track your spending!
Don't follow traditions because you feel you have to: create your own. 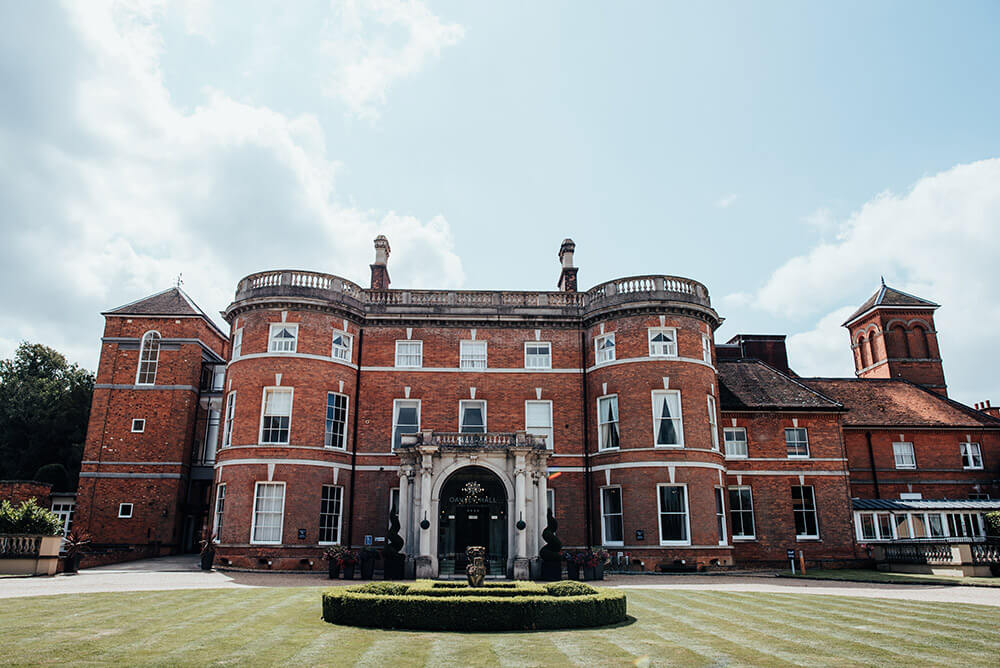 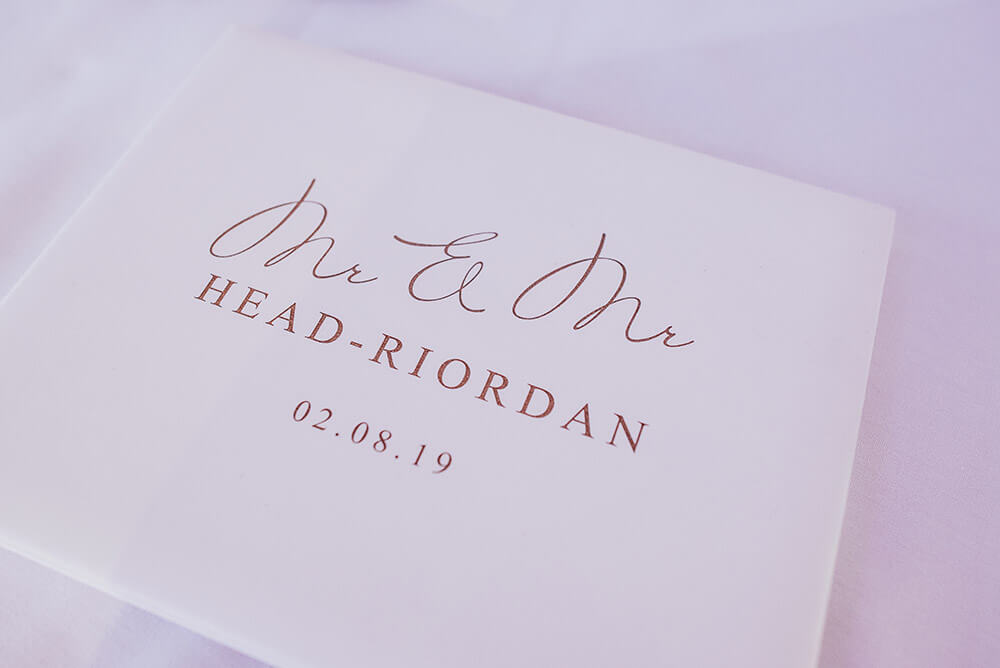 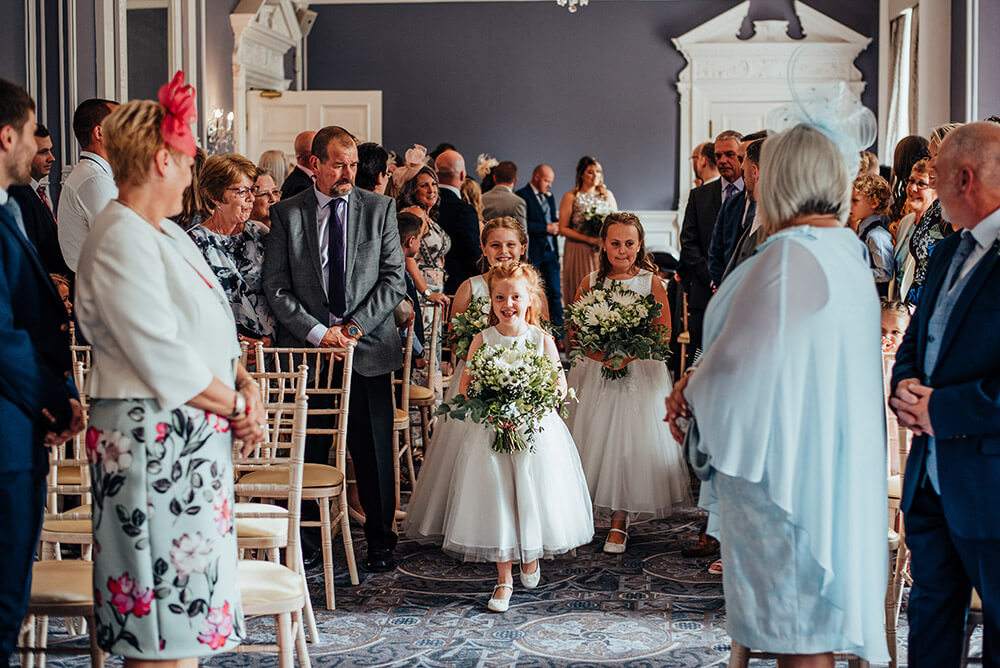 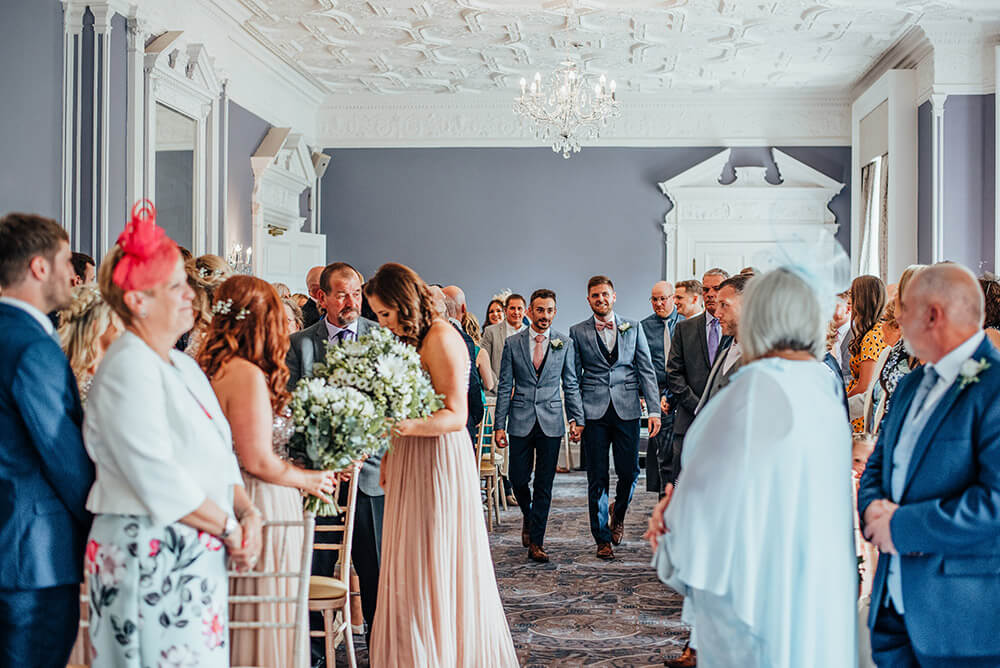 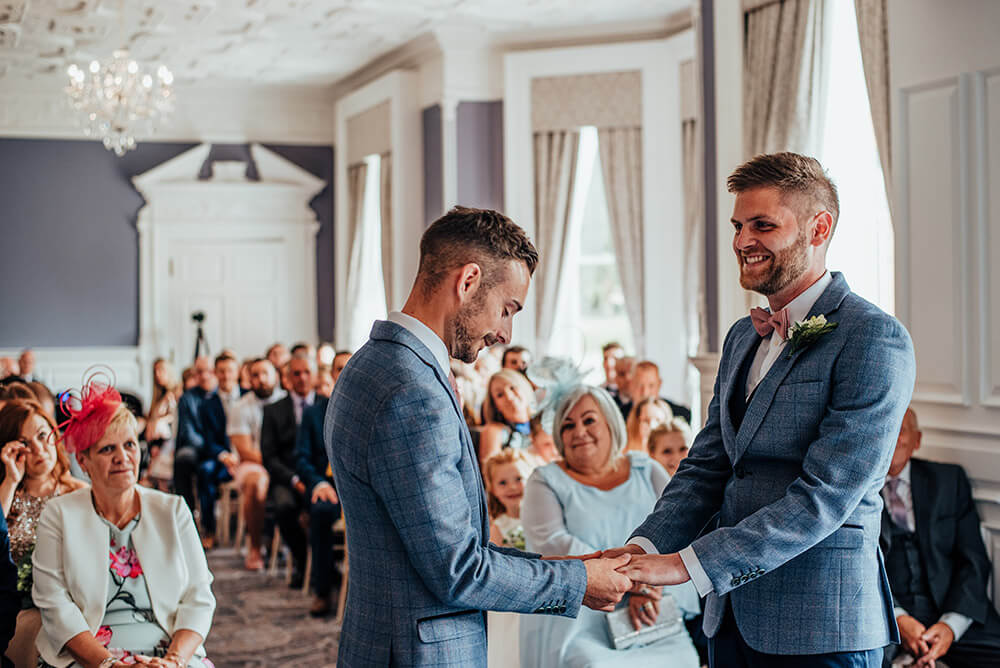 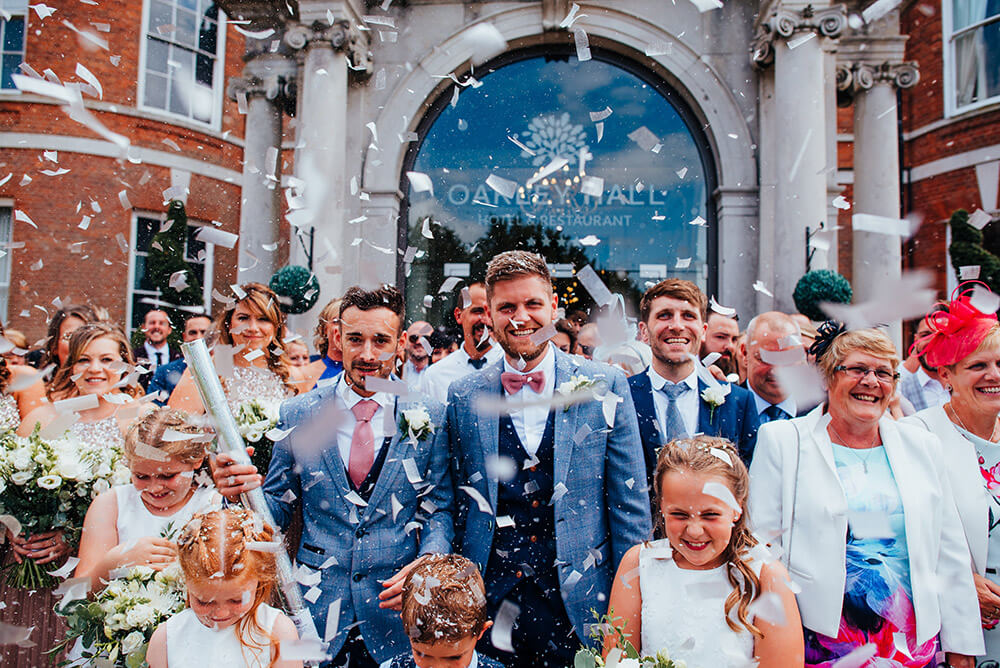 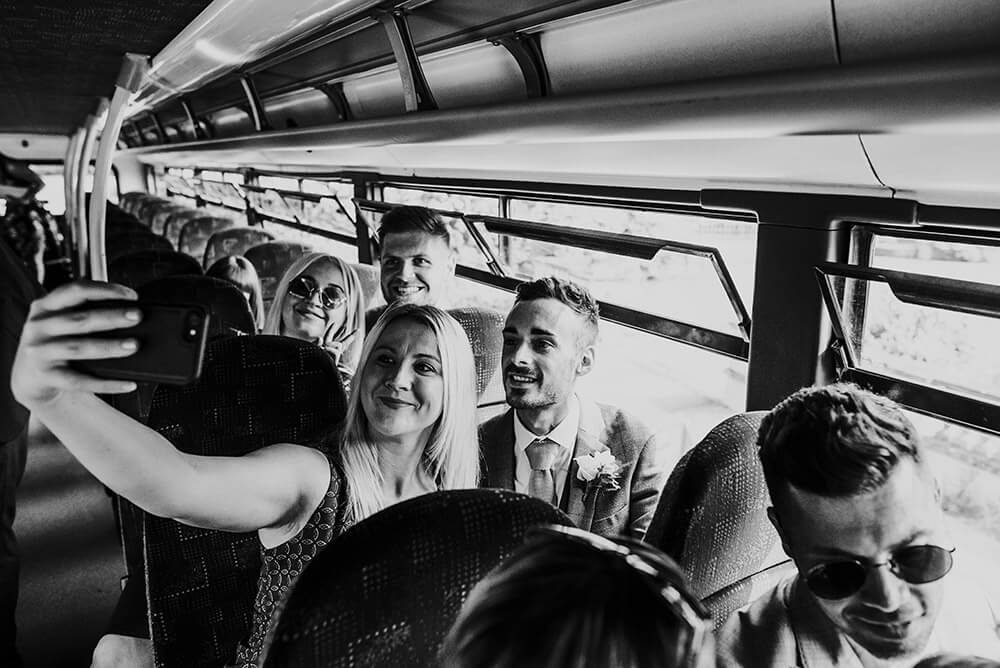 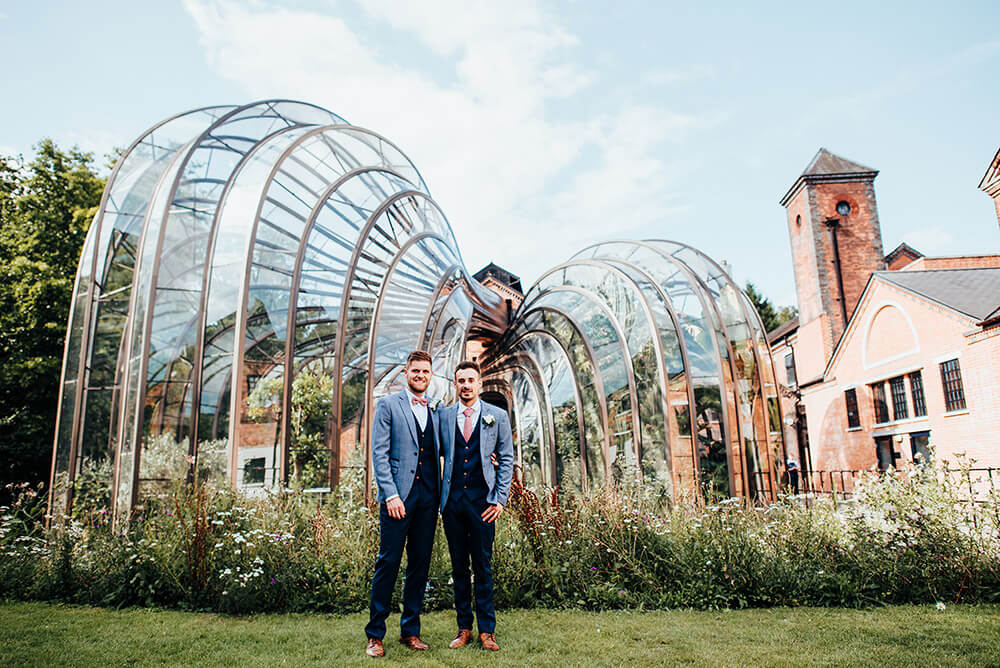 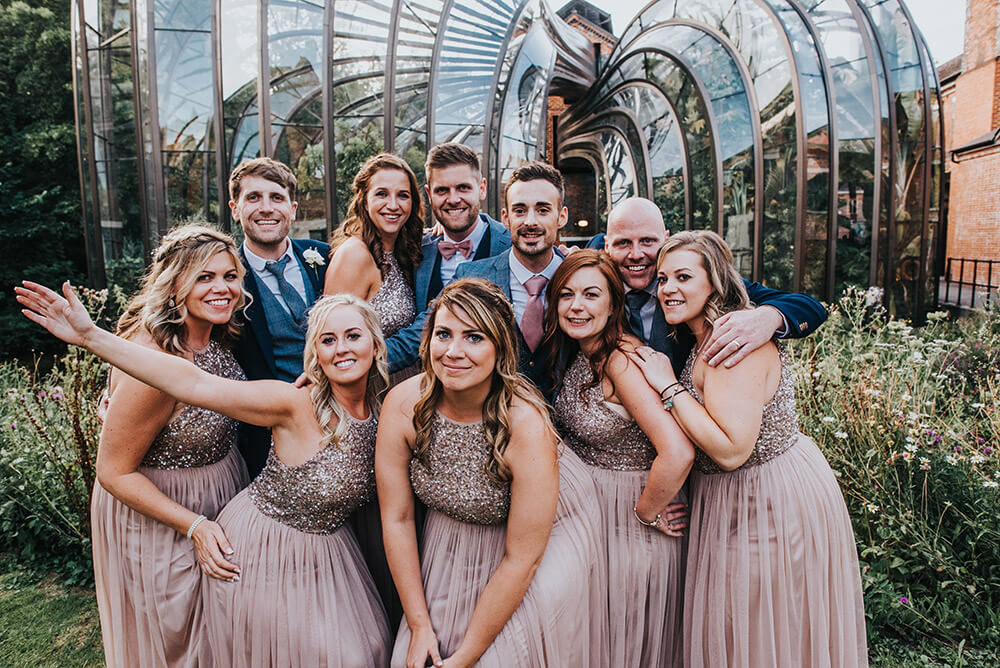 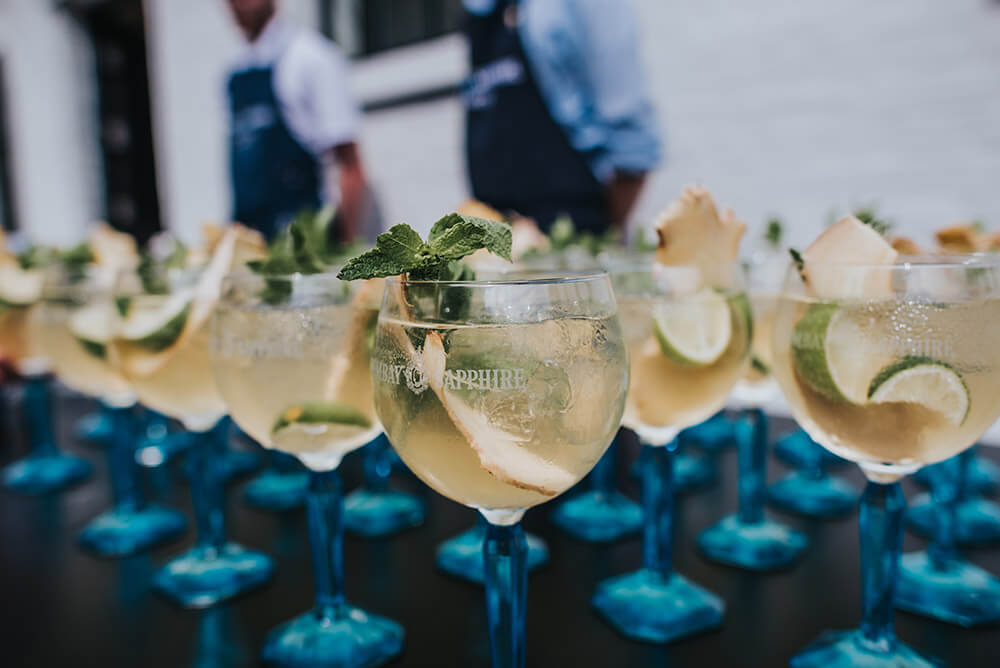 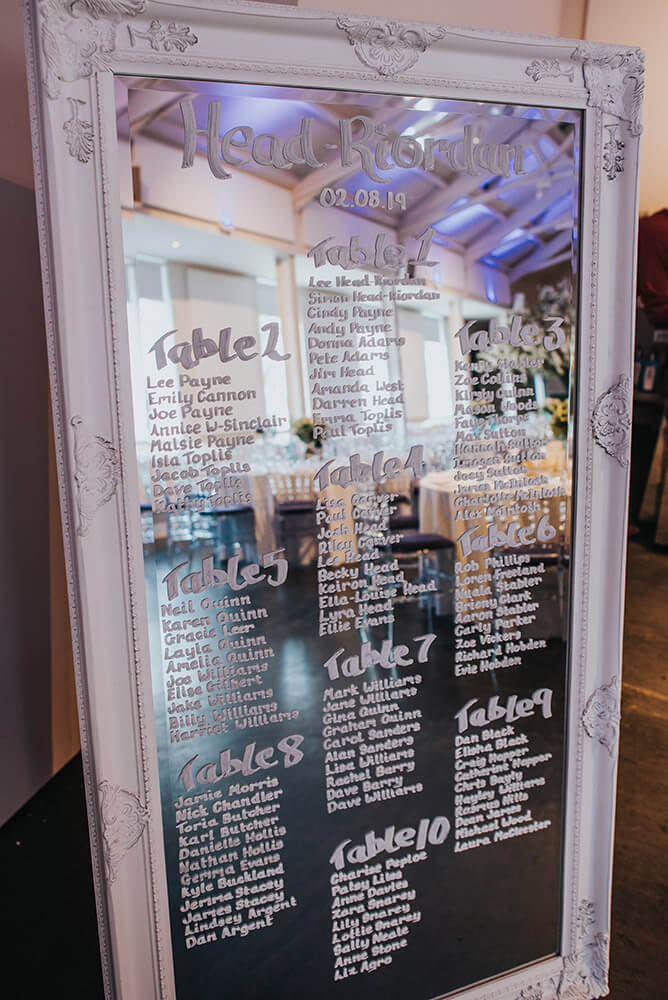 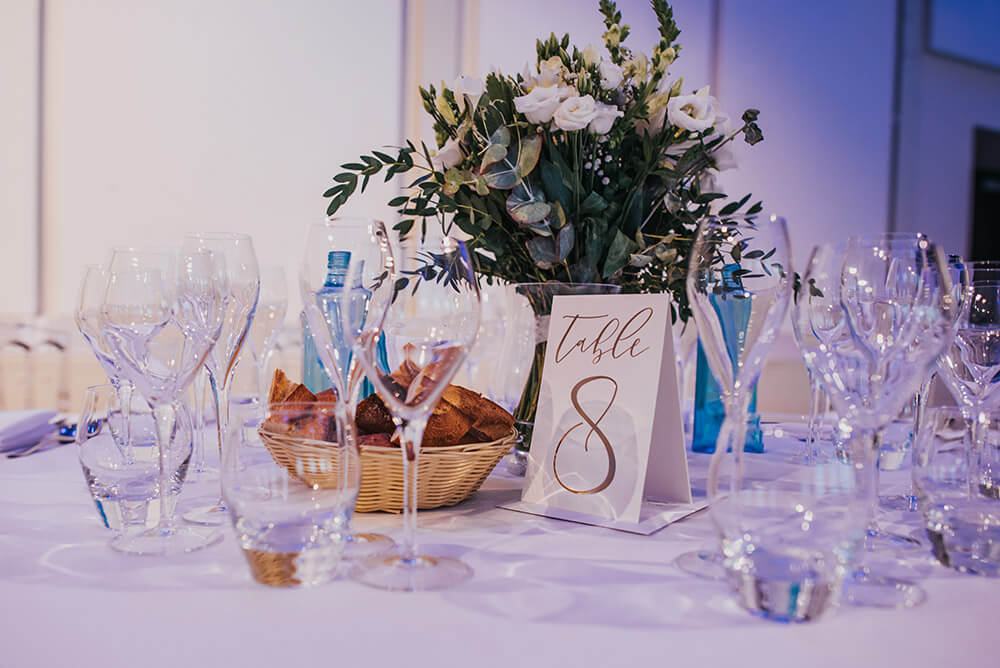 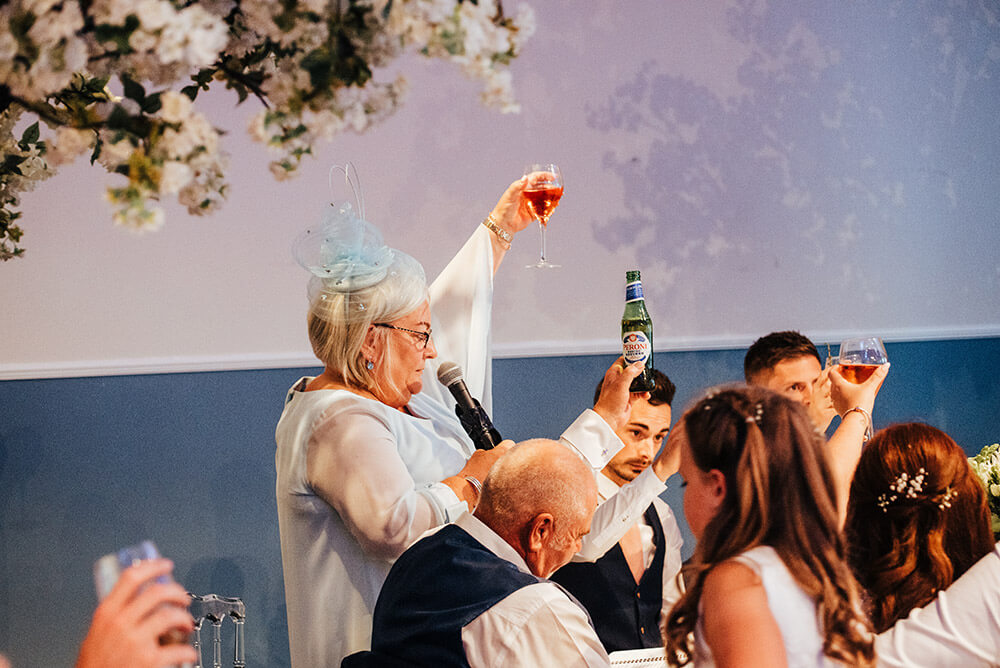 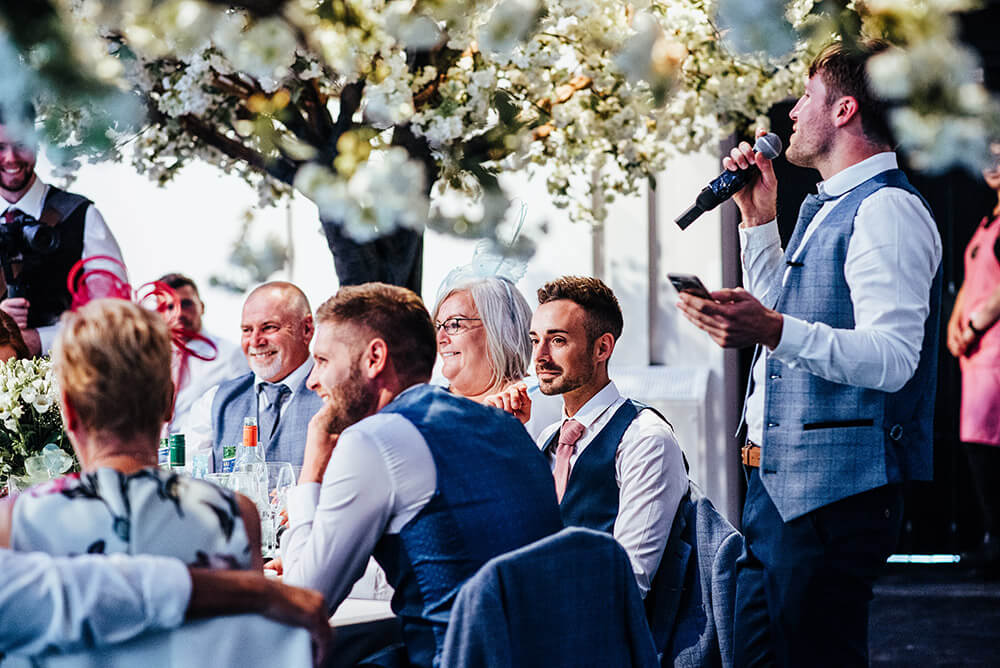 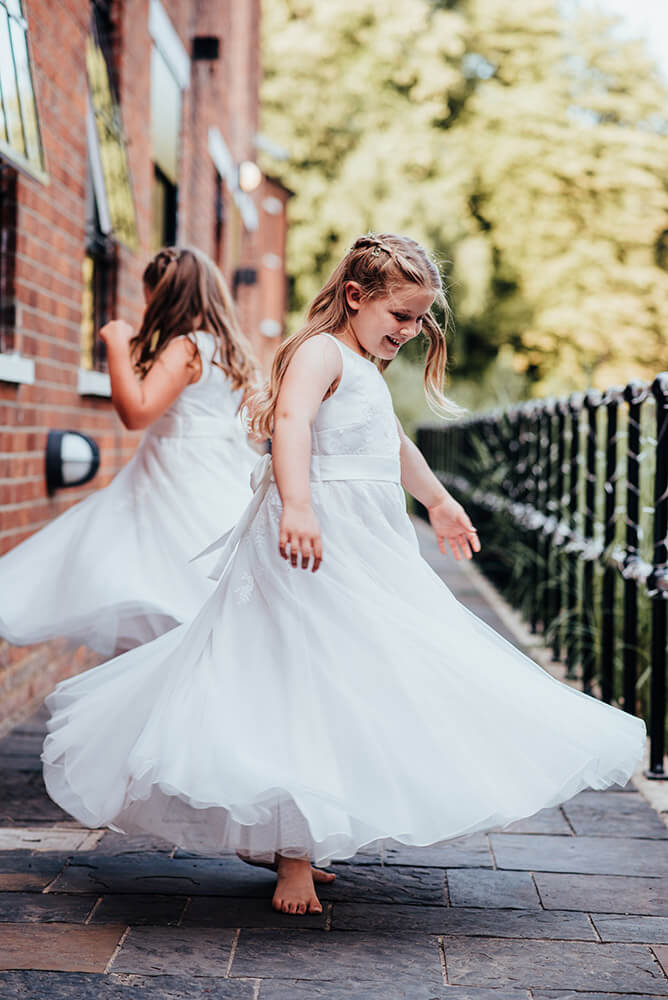 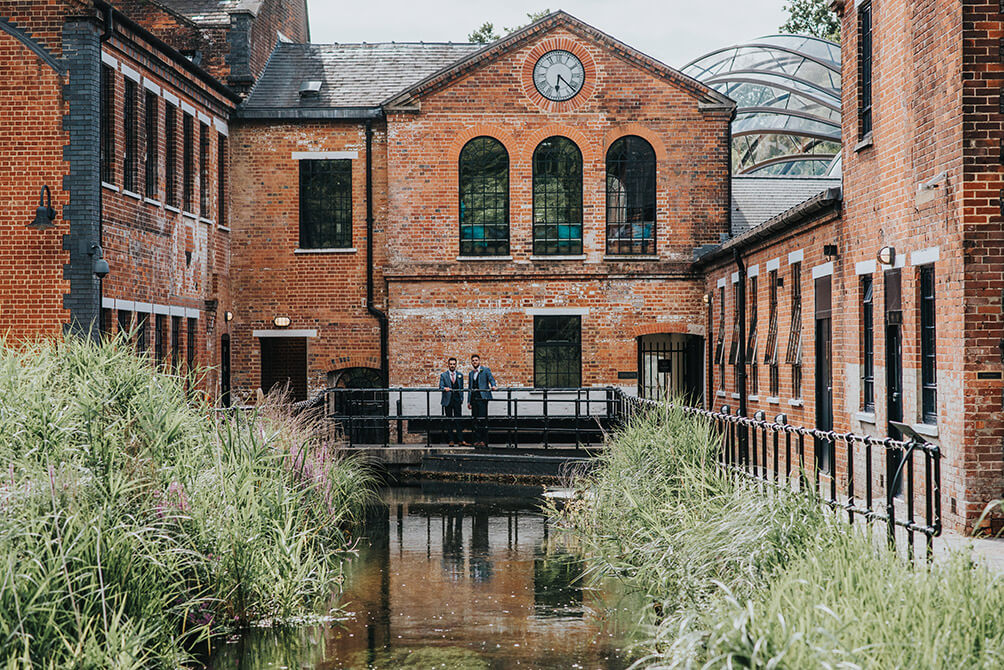 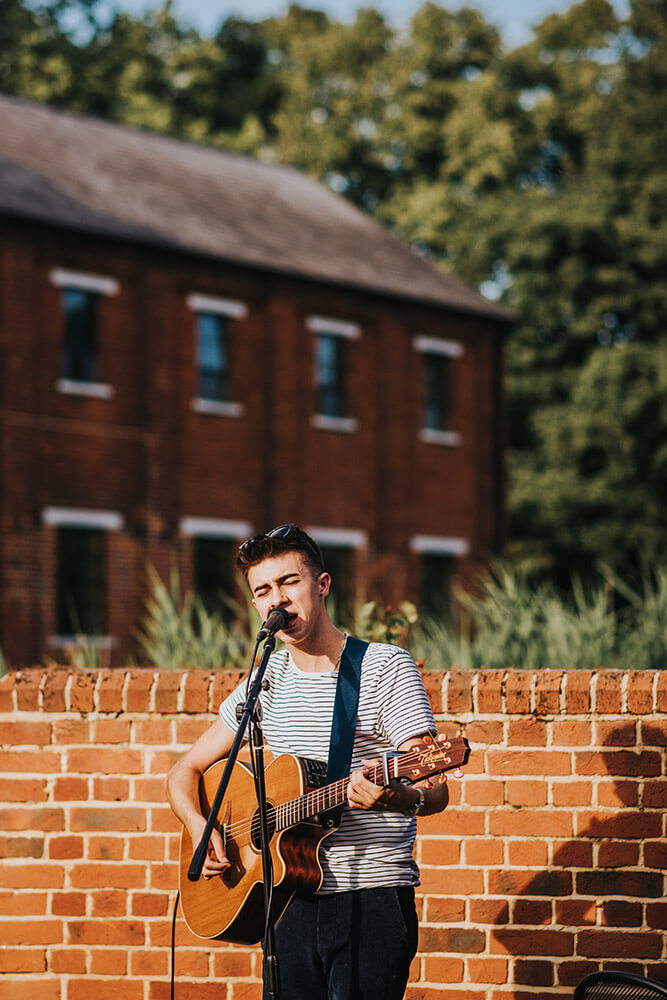 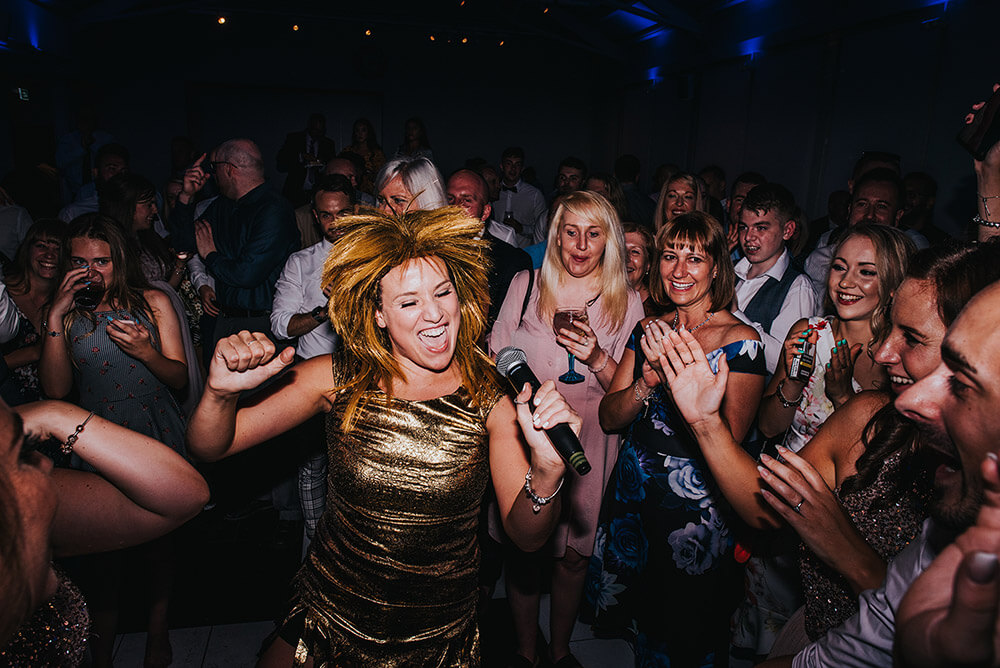