When Marcelo and Gabe married in Brazil, they took the opportunity to speak openly about the every day prejudices LGBTQ people face and asked their friends and family to extend to other LGBTQ people the open-mindedness and kindness they had shown to them. Read in Portuguese by Gabe, this inspiring wedding speech is shown in full on Instagram, but with their permission, we have translated it here for you to read.

Every lesbian, trans, and gay person who has been lucky enough to survive the turbulence of growing up LGBT is a survivor. And we, who are survivors, have an obligation to those who are facing the same challenges as us. To be here today with all of you today is a privilege. It's a privilege to celebrate all of this. We have two families here. We are so lucky. The privilege of being able to thank you for loving us, unconditionally. That brought us to believe that we could one day be here. Because if we had never believed, we wouldn't be here today. Many do not have this privilege. Many do not have the privilege to be who they are and to be accepted.

There are children being killed for their sexuality. Incredible talents have been wasted by collective prejudice. Whole stadiums screaming fag to try and get a player to hit a foul - and people thinking it's funny. Prejudice is rooted in our society. And when the president of a nation (regardless of where his party stands) positions himself against people who are fighting for their lives, humanity faces a problem. You expect a lot of people to say these things. Not him.

In Brazil, 534 people were killed because of homophobia last year. A friend of ours was beaten on Paulista Avenue ... the same street that hosts the biggest LGBT parade in the world. The country which hosts the biggest LGBT parade is the country which kills the most gay people in the world. So today we have a request for all of you. That the affection you have shown to me and Marcelo you show to other LGBT people who cross your path from now on. That you help someone to get a job they can grow in, that you support people emotionally because sometimes that's what they need. And that you help them exercise the right to be who they are in our society. To dream. To Love. And one day, to marry the people they love too.

May the love that people are feeling here today be shared with other people who need it too. Many young people out there are being bullied, rejected, or abused because of what they are. Many are dropping out of school. Many are abused at home. Many are leaving their homes. Many instances of suicide. Many killed by their own family. And the role we each have here, as a society, is to help to change that. The LGBT community does not want to be loved. It doesn't even want people to like them. We just don't want to be killed when we go out on the street. By making the world a fairer place for those who don't have the same privilege we have today, here inside this room ... you help make the world a safer place for us, for both of us as well.

We are gay. And we are proud.

We'll be on the dancefloor until the end of the night. Whoever would like to say hello to us, come find us there Thank you. 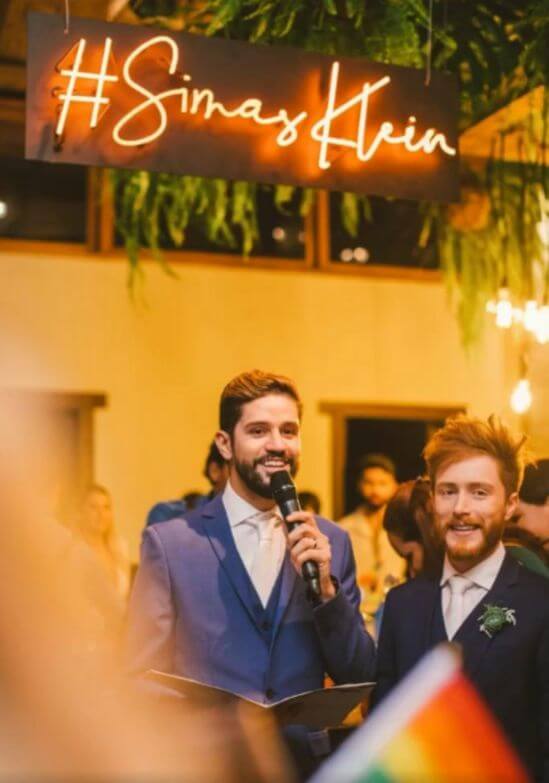 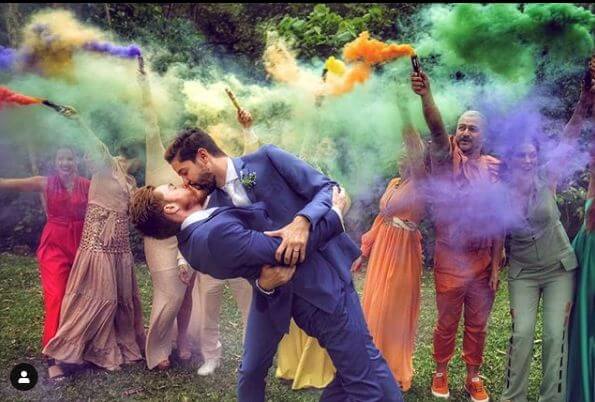