Rachel and Marianne met in the lift at work; and after three years of friendship they started dating. Then, acting on some sensible advice from one of their mum's, they married. View their beautiful botanical garden wedding.
Rachel had always imagined what her wedding would be like when she was growing up; the fact she would marry a woman never hindered that dream for her. Marianne, on the other hand, struggled with the idea, concerned that she would never have a marriage that would be equal to others, if it wasn't legal. When marriage equality finally became an option, it was like a weight had been lifted from her shoulders. This is their wedding story...
We met in an elevator at work. Well really, Rachel yelled at me (just a little). It was Rachel's first day as an intern at the Miami Dade State Attorney's Office and she was nervous, but her tray of cupcakes and stilettos were enough that I forgave her! We spent the next three years as best friends and each other's biggest fans. I developed a particularly close relationship with Rachel's mom, Nancy, and in the summer of 2015 Nancy and I went to lunch. Nancy told me that I needed to focus on always taking the next best step in life, advice she'd been giving Rachel for years!
That night I called Rachel and told her all about the lunch and the advice Nancy gave me. Rachel thought I was about to quit her job, but I thought we should start dating. BUT, Marianne had said, I hate talking about feelings and its my birthday this weekend so I don't want to talk about this until next week. Anyone who knows her, knew that wasn't going to happen.
That very same week Rachel reconnected with an old friend, Sarah, and went out for drinks. One too many glasses of rose later, Rachel was confessing that she was in love with her best friend, but was worried that if they started dating it might not work. Sarah, ever the romantic, insisted that Rachel should go to my house right then and tell me she loved me. It was past 10pm, so I had been asleep for hours, and Rachel decided to wait it out.
Our first real date was the following week, as I'd requested, at a Sam Smith concert. Everything else about our love story has been just as epic as that date, especially the proposal.

On Halloween, Rachel and I planned to go to Sarah's (yes, the Sarah that insisted Rachel wake me up in the middle of the night a year earlier) apartment for a game night with Sarah and her husband Jason. Sarah also suggested that everyone should dress up so they could take cute pictures. Rachel thought this was an excellent idea, and as they all joke now, Rachel will do anything for a good picture. Jason suggested Rachel should take the scrabble board outside and set it up while Sarah and I opened a bottle of wine.
Rachel sat down on a picture perfect couch, surrounded by candles, and somehow didn't realise what was going on. I came and sat next to her and as she opened the board she saw that it said Marry me Rachel in the tiles. Rachel immediately slammed the board closed... those nerves again. I opened up the board and told Rachel that the other piece of advice Nancy had given me was to find the person who makes you the best version of yourself and be with that person. We are, beyond a shadow of a doubt, each other's people.

The most important things to us were that our ceremony was tailored to us and that everyone danced at the party. We wrote the entire ceremony ourselves and chose to skip the sit down dinner and instead opted for butler passed small plates to keep the party going.
We chose a variety of passed small plates from anise glazed short ribs, to fried chicken and waffles with watermelon salad, and made sure the drinks were flowing all night.
We decided to skip the traditional wedding cake and instead opted for custom ice cream sandwiches (my favourite dessert) with flavors like chocolate chip cookies with dark chocolate ice cream filling and funfetti ice cream with sugar cookies. Rachel and her mom also baked chocolate chip and oatmeal chip cookies for all the guests as favorrs to grab on the way out. For our first dance, I chose Rod Stewart, You're in My Heart- it was a favourite of my grandparents.
Our advice for planning a wedding? Keep the first thing, the first thing - The wedding is a party, the marriage is the important part. Weddings bring out heightened feelings for everyone so be sensitive to your mom, dad, sister, little cousin, and friends. The best compliment we got throughout and after the wedding was that everything had our fingerprints on it and was so clearly a reflection of who we are individually and as a couple. Do what makes you happy and reflects you, not what you see on Pinterest.

The venue for the wedding, Fairchild Tropical Botanic Gardens, was incredible.
Rachel chose it as her wedding venue at the tender age of six. And, over the course of their dating, Rachel and Marianne frequently visited the gardens to walk and play scrabble on the lawn that would eventually form their aisle.
We are both Miami girls and the Fairchild gardens shows the city's beauty off impeccably.
Styling
Our vision for our wedding was that it would feel like us" rather than a theme party. We used colours that complemented the garden, white, gold, and greens, and we felt reflected the aesthetic and feel of what it's like to be at a party in our home. Our wedding planner, Theresa Blumberg, was incredible at making our vision a reality.
The Wedding
The first words said in our ceremony were the famous closing lines from Obergefell v. Hodges, No union is more profound than marriage, for it embodies the highest ideals of love, fidelity, devotion, sacrifice, and family. In forming a marital union, two people become something greater than once they were. As some of the petitioners in these cases demonstrate, marriage embodies a love that may endure even past death. It would misunderstand these men and women to say they disrespect the idea of marriage. Their plea is that they do respect it, respect it so deeply that they seek to find its fulfilment for themselves. Their hope is not to be condemned to live in loneliness, excluded from one of civilization's oldest institutions. They ask for equal dignity in the eyes of the law. The Constitution grants them that right.
We are both lawyers and a Judge officiated our wedding alongside a Rabbi. 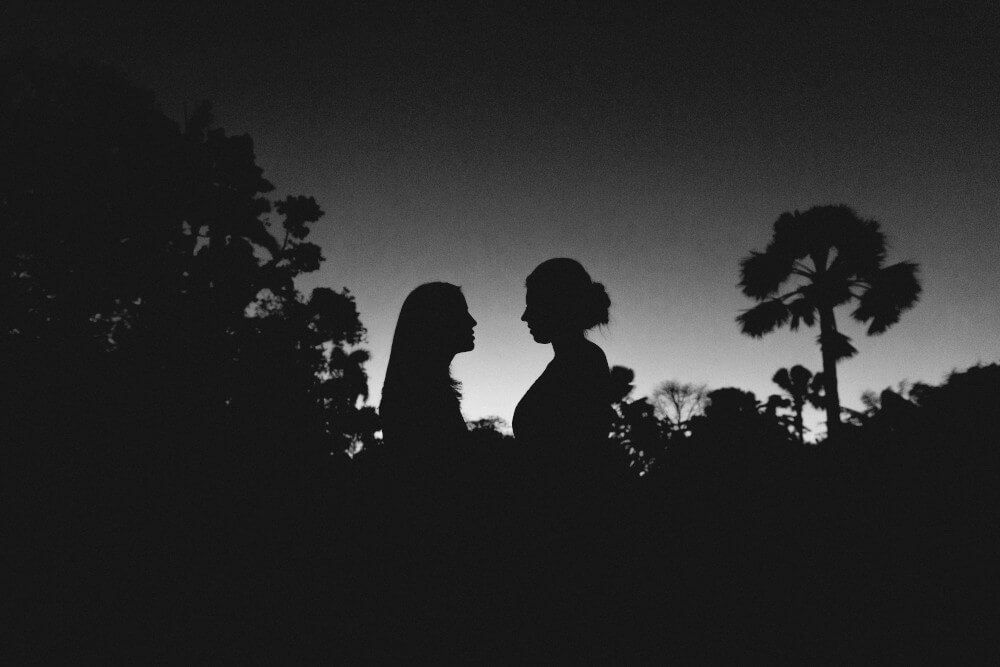 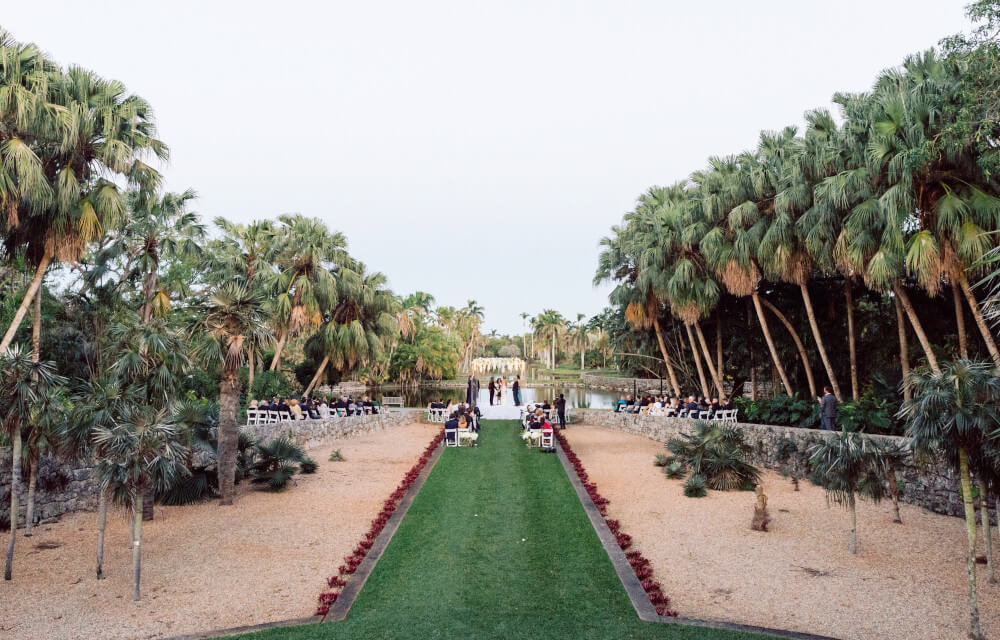 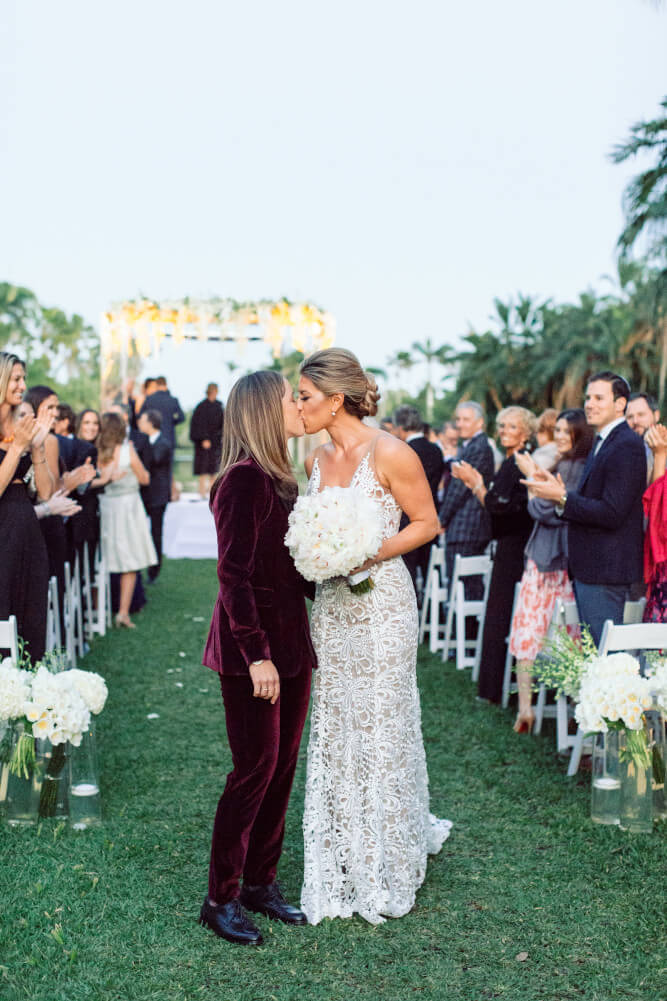 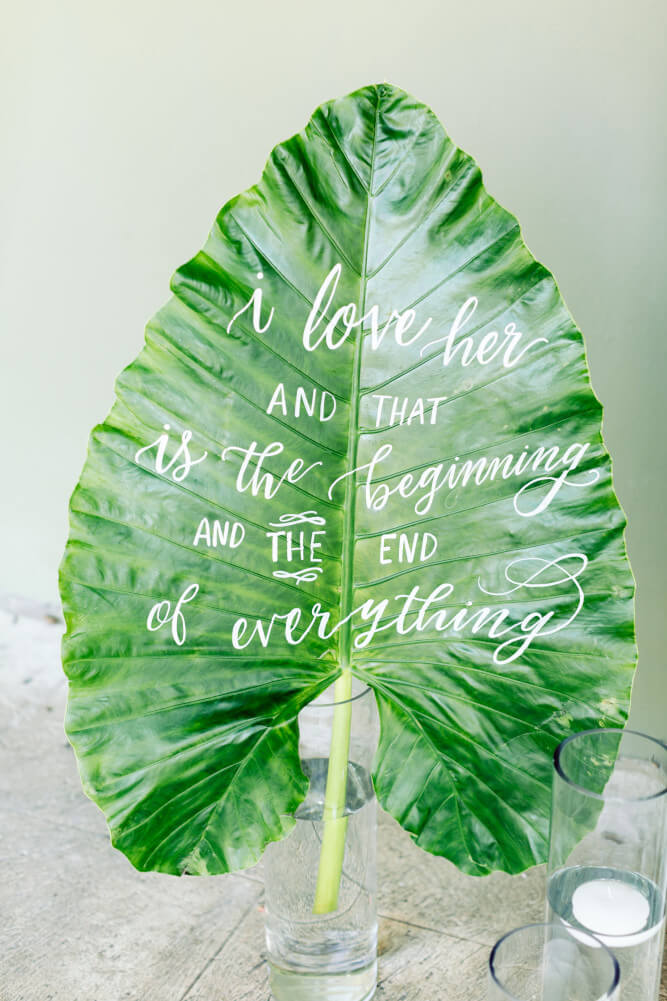 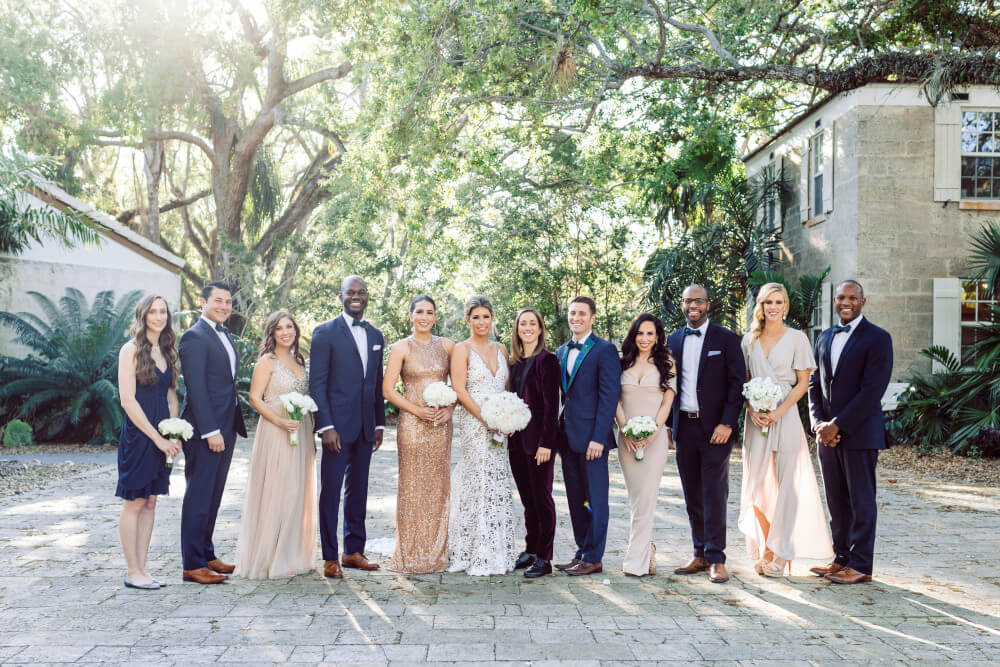 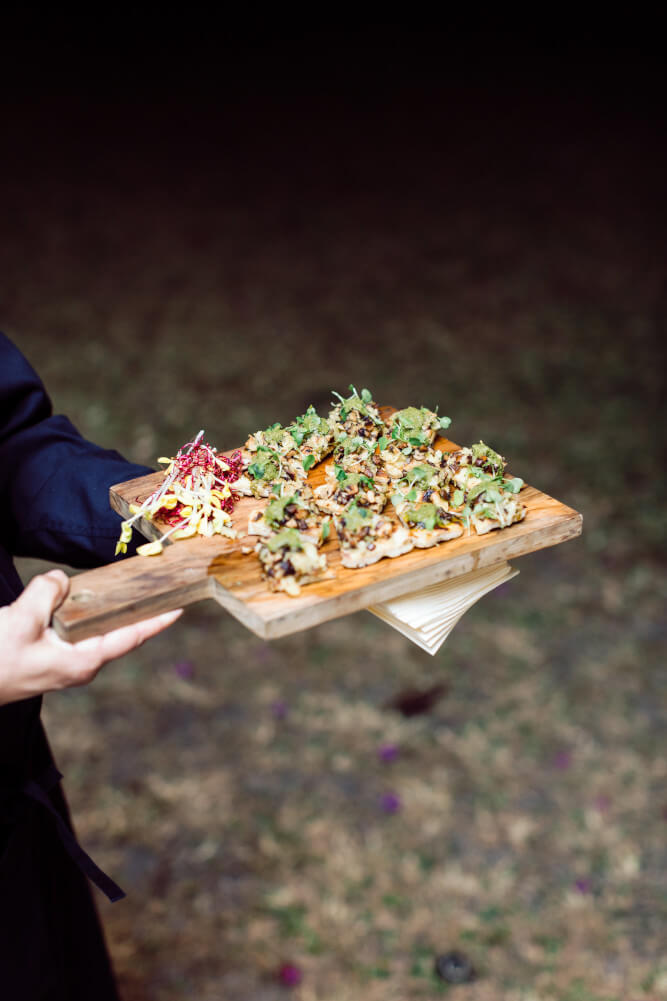 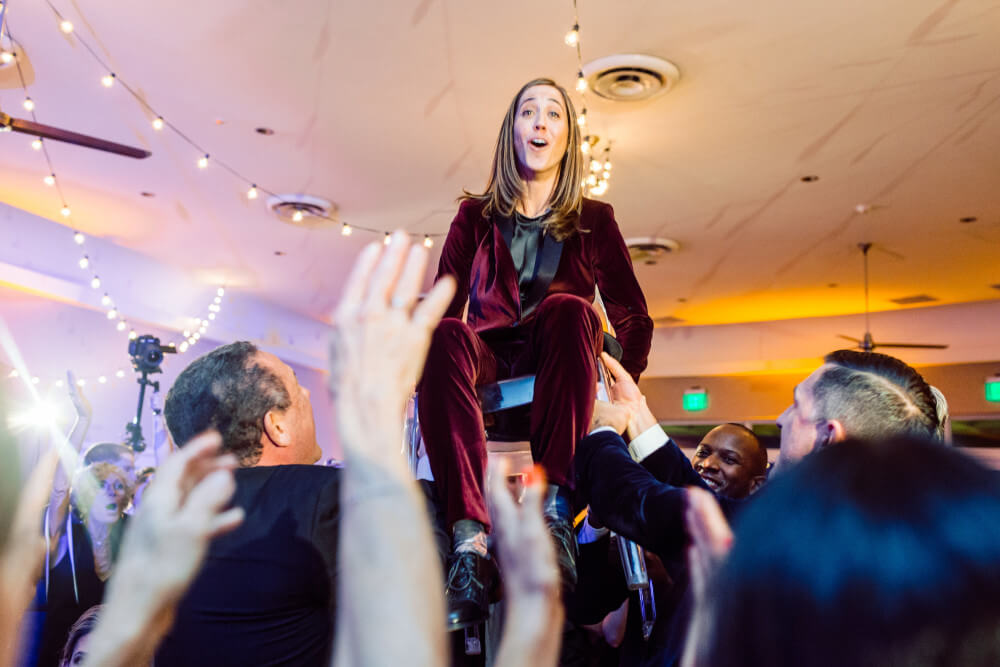 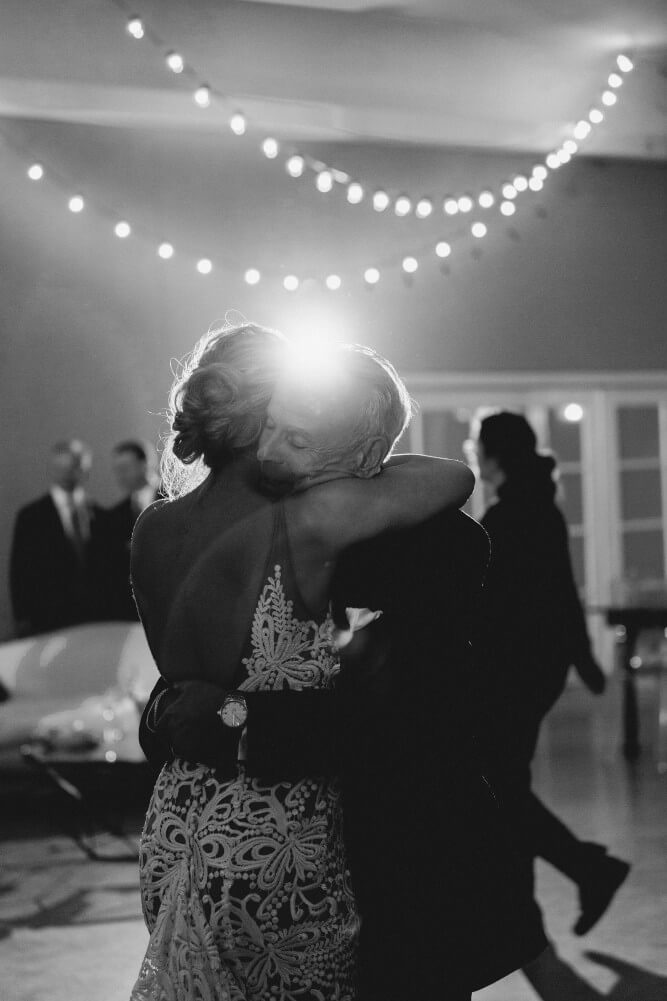 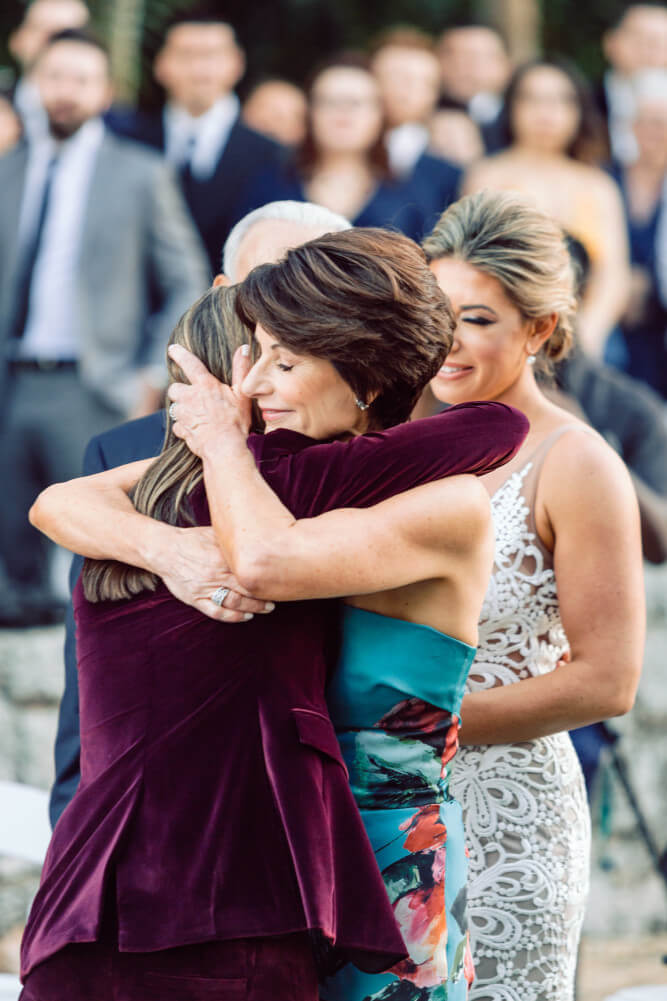 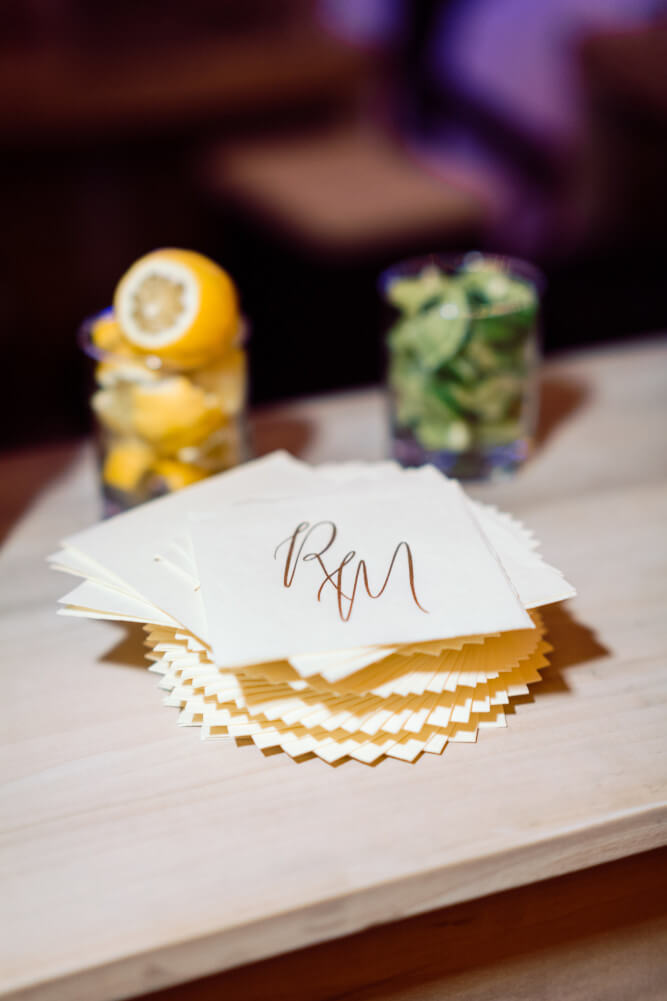 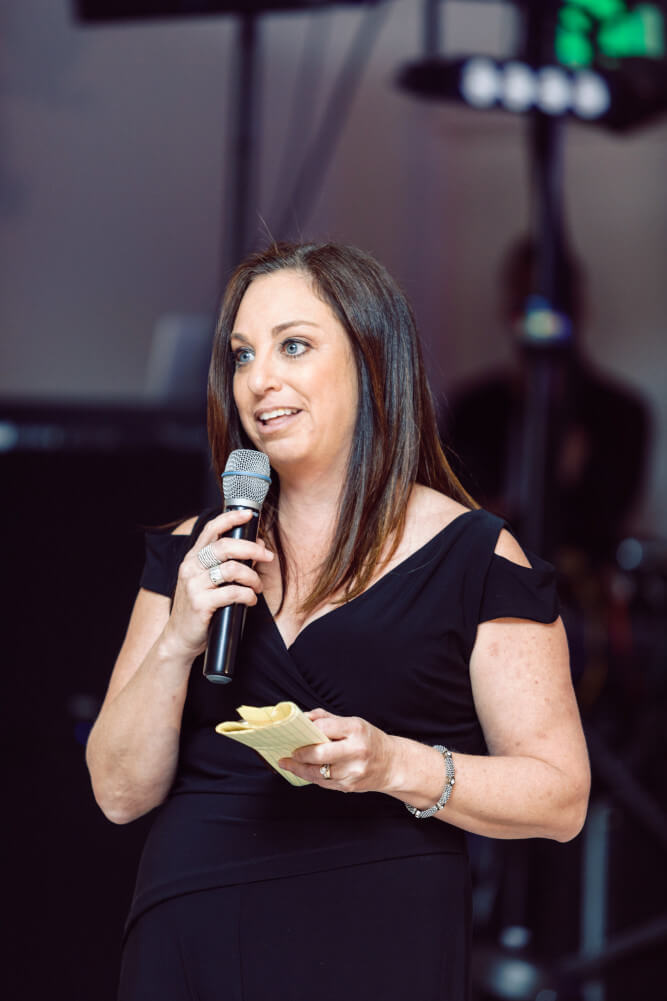 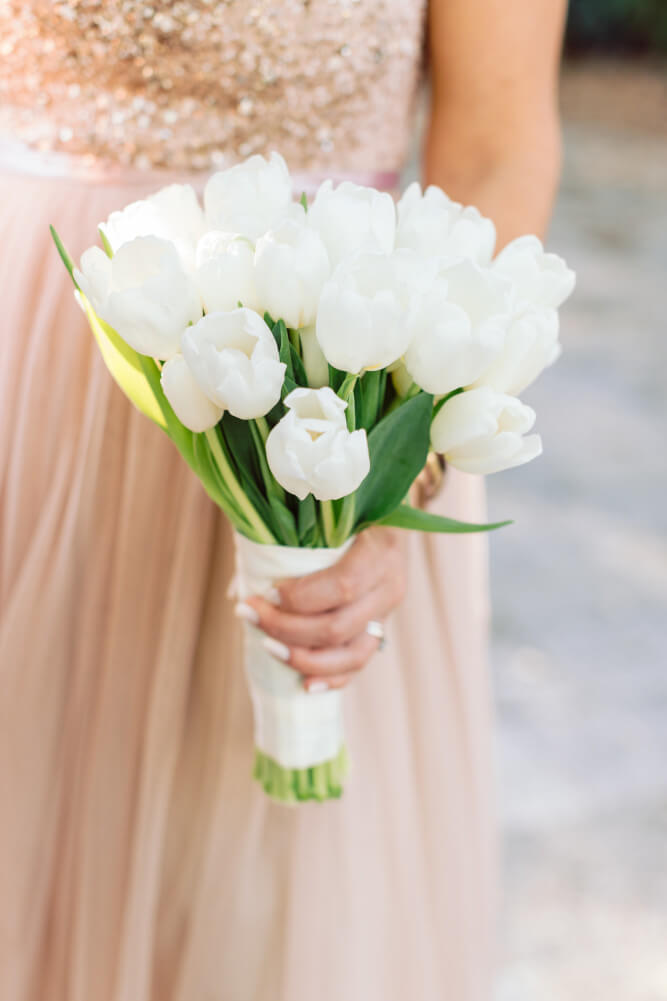 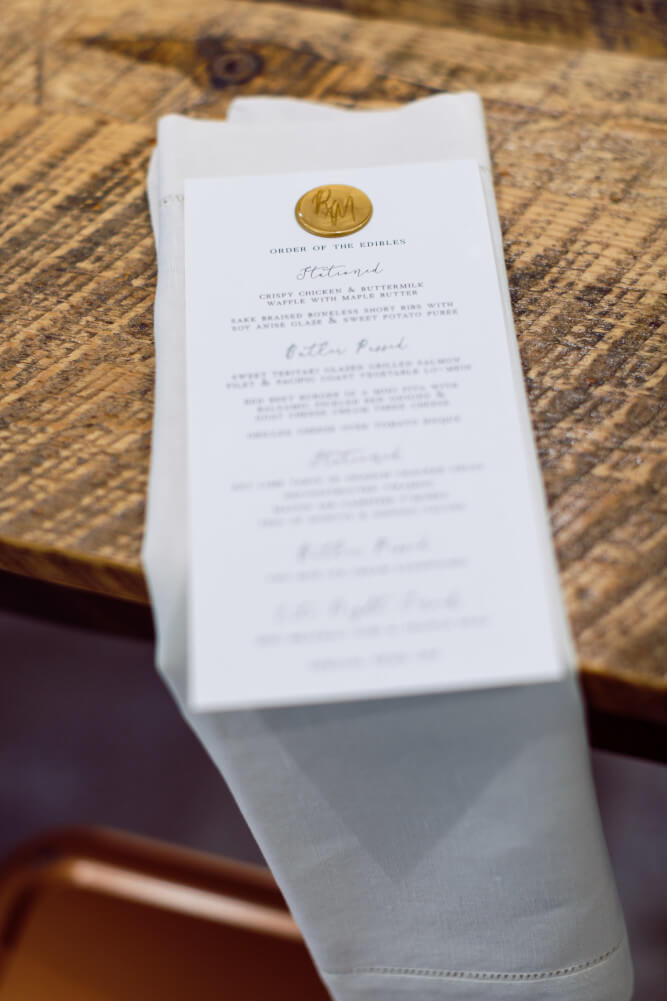 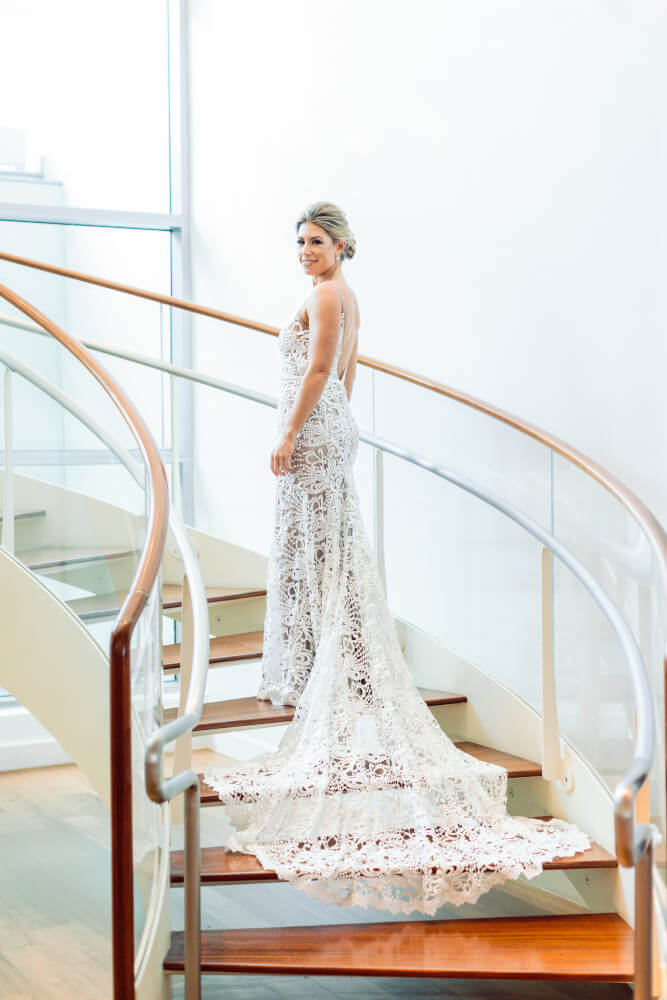 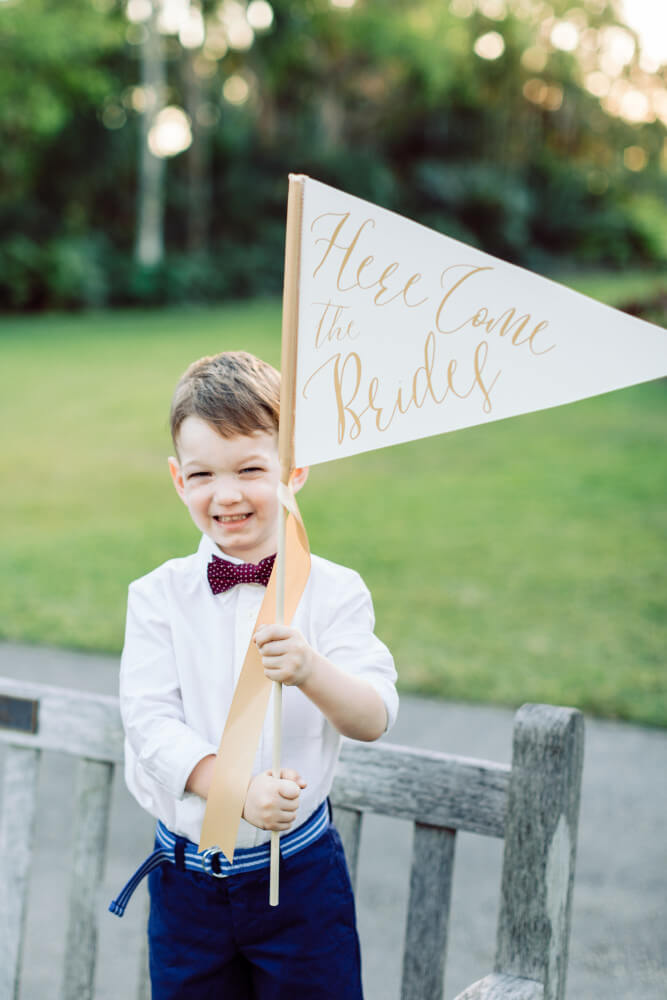 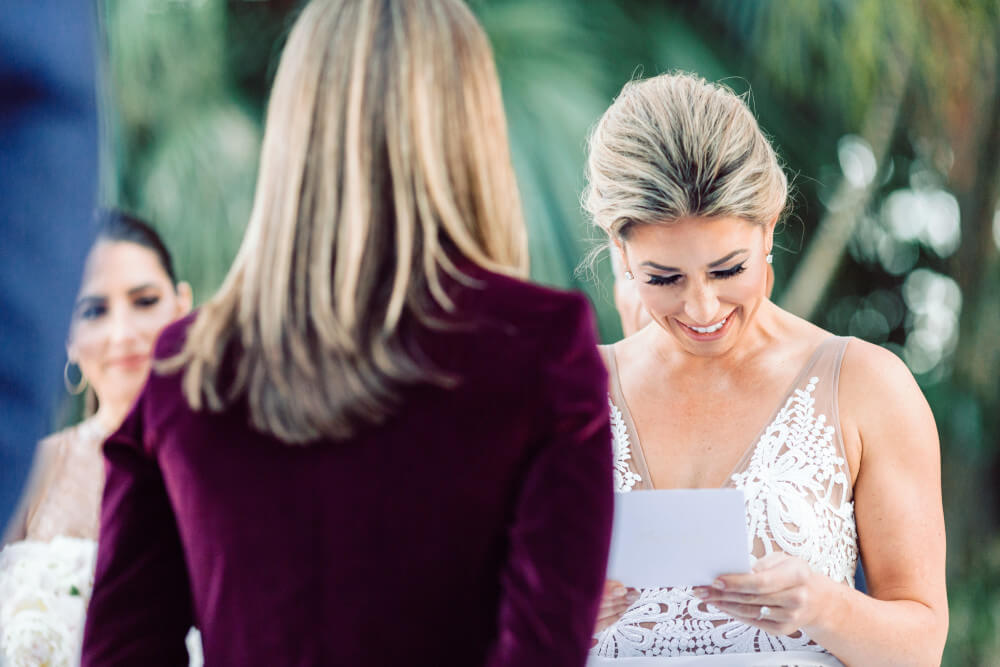 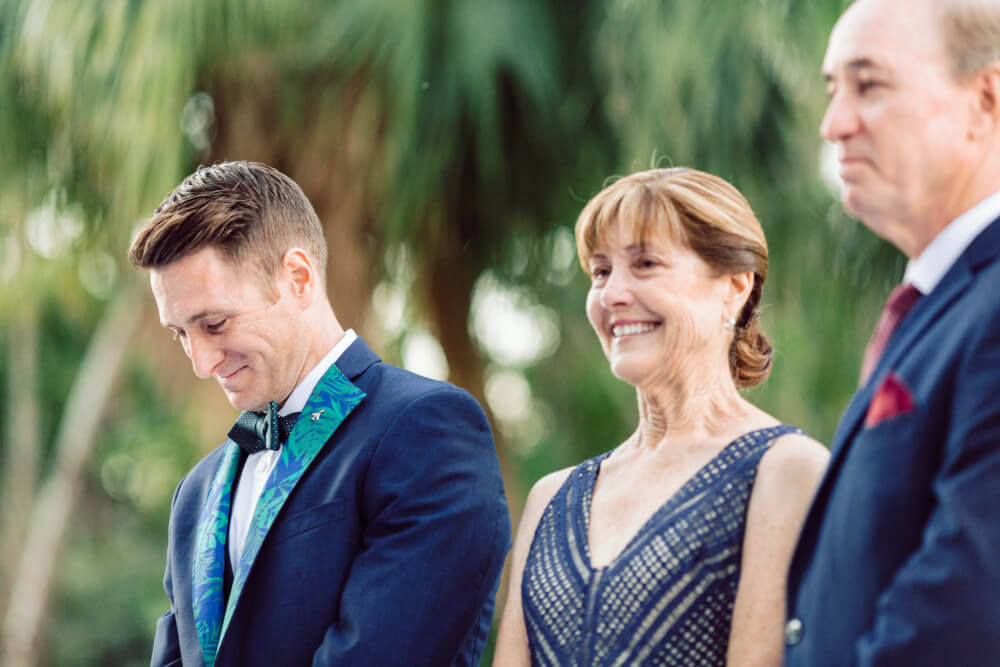 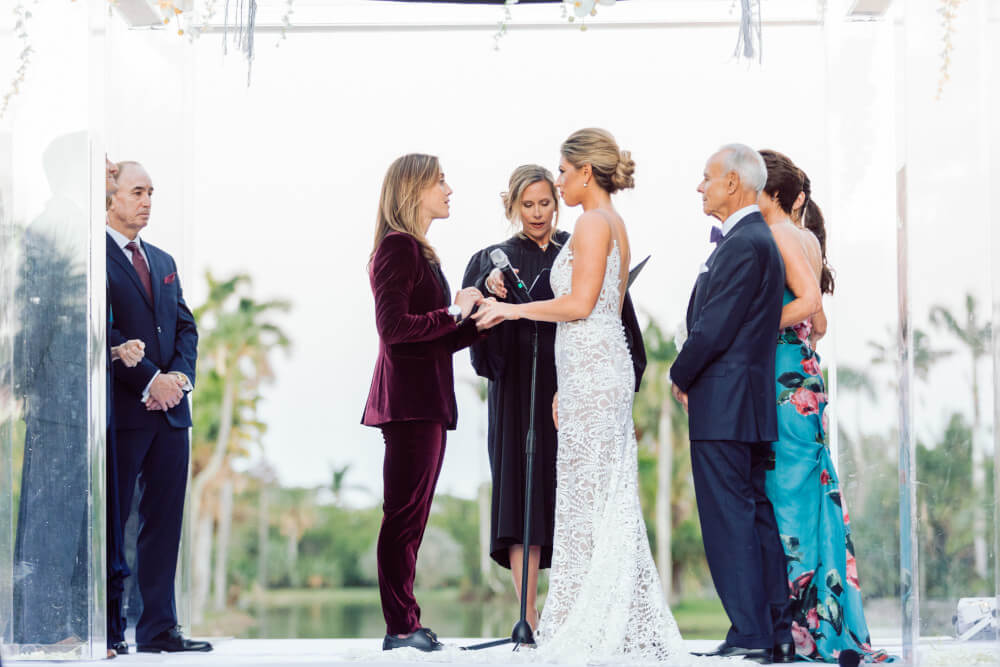 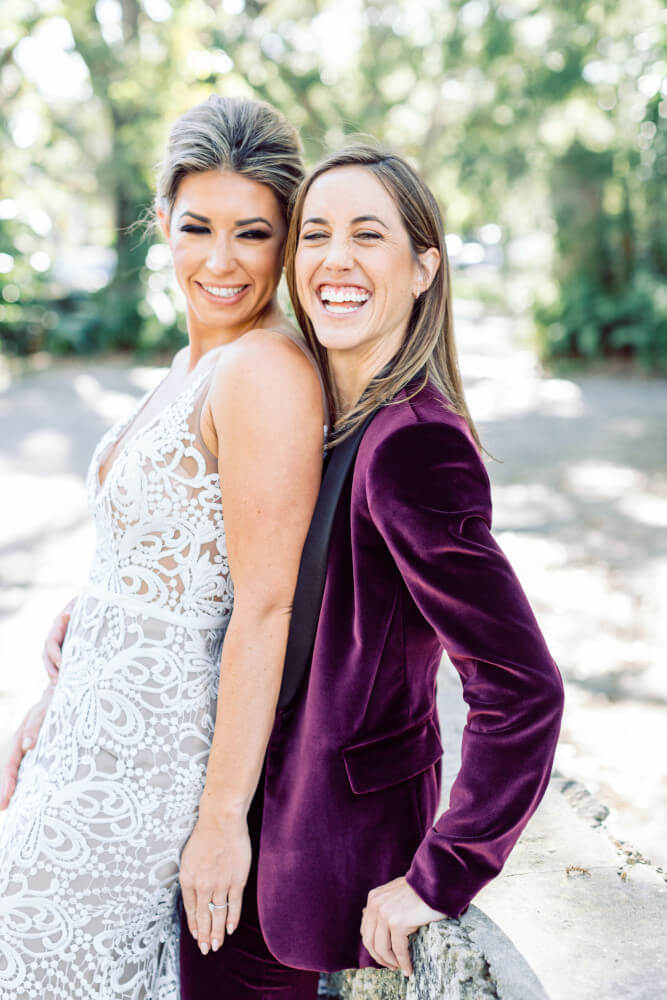 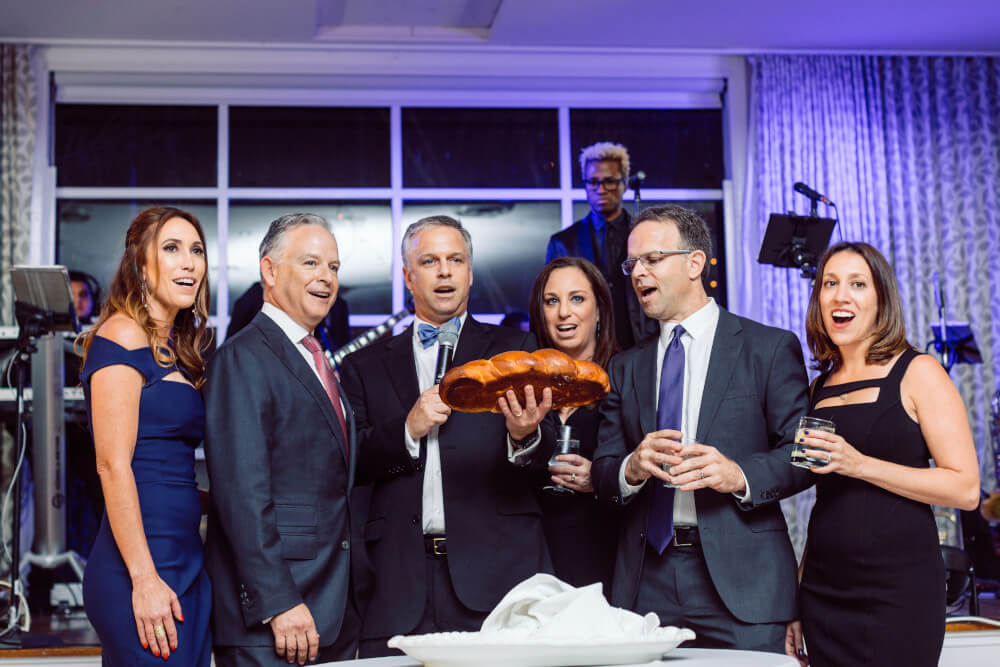 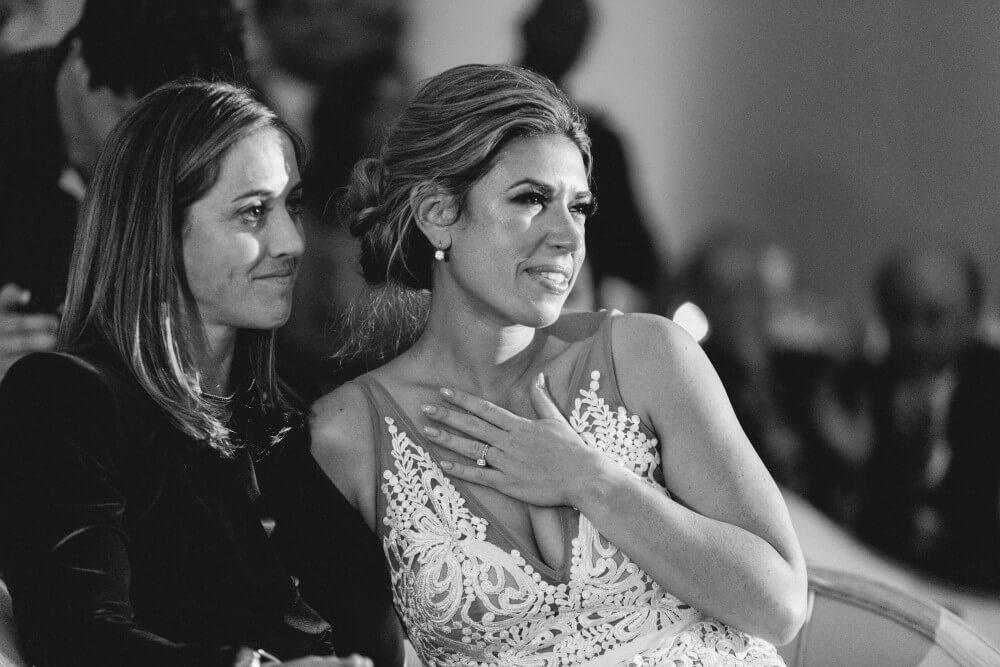 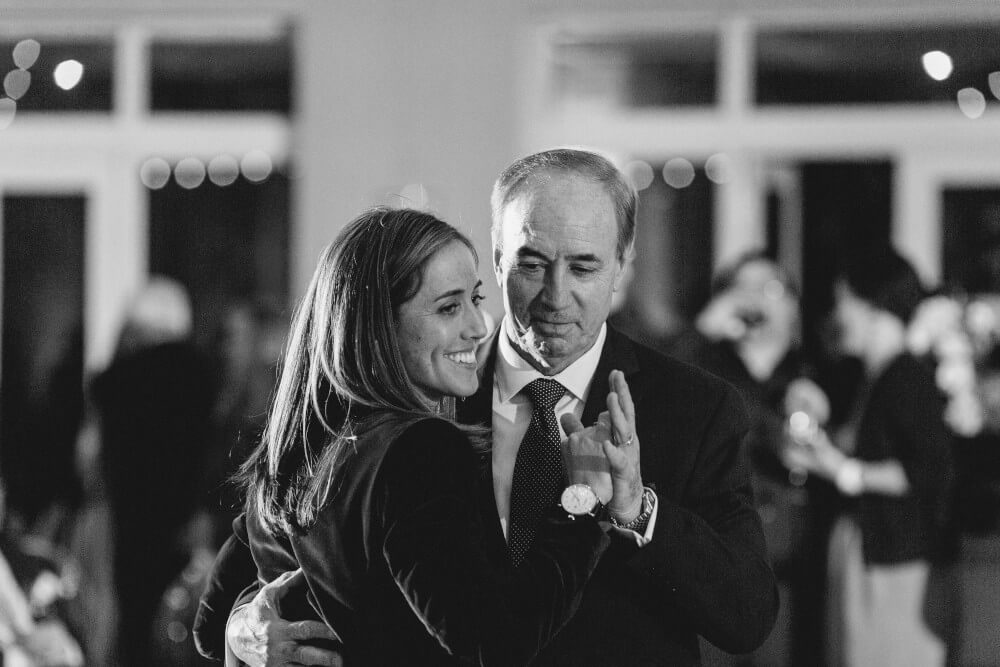 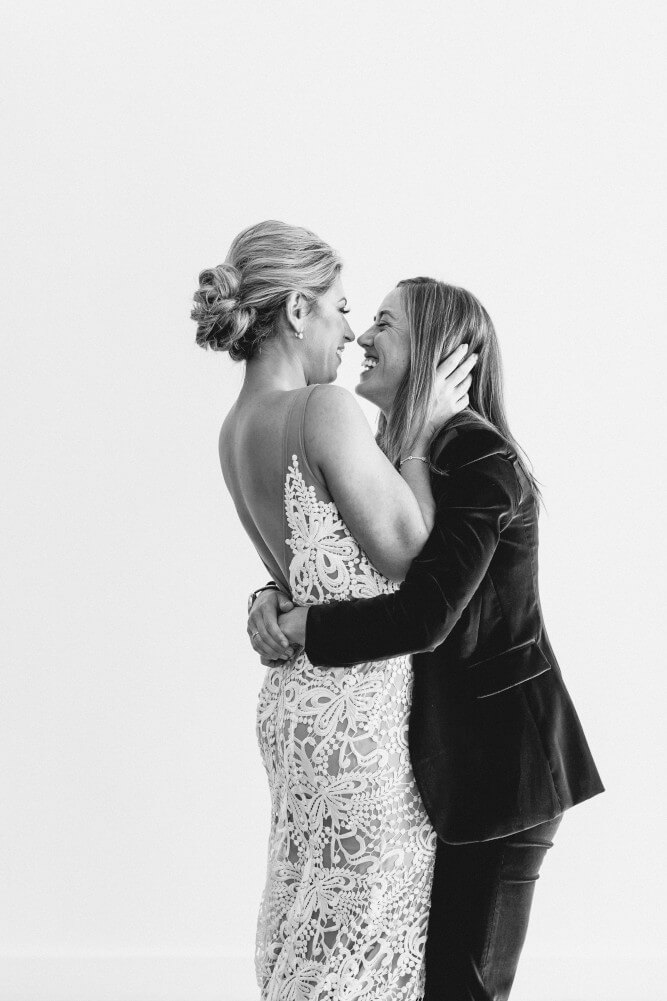 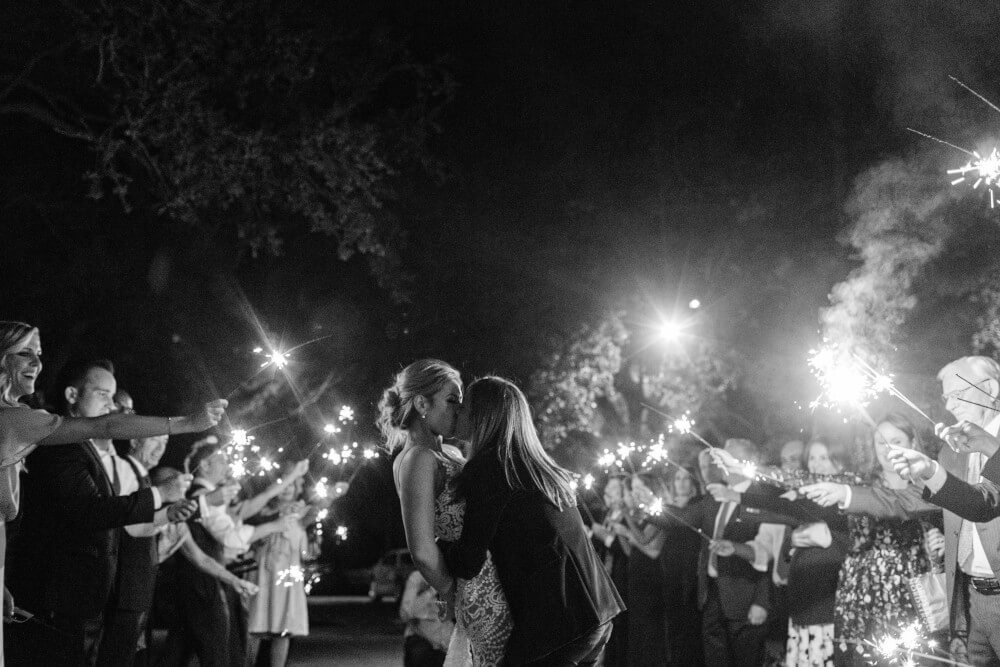